Hayden M. Wetzel, Class of ’72 has written a book titled “Mangy Curs and Stoned Horses: Animal control in the District of Columbia from the beginnings to about 1940”. The new book tells the story of how the furred and feathered inhabitants of the District have been treated over the years.

Dr. Thomas Dow, a 1989 graduate of Wabash College, has received a 2019 Dale P. Parnell Distinguished Faculty Recognition from the American Association of Community Colleges. This national award recognizes individuals who make a difference in the classroom by demonstrating passion, showing a willingness to support students inside and outside of the classroom, participating in college committees and going above and beyond what is required to ensure student success.

Matthias Mitman of Virginia, to be the Executive Secretary of the National Security Council.

Mr. Mitman, a career member of the Senior Foreign Service, class of Minister-Counselor, most recently served as Chief of Staff to the Special Presidential Envoy for Hostage Affairs. He previously served as Principal Officer in U.S. Consulates General in Jeddah, Saudi Arabia; Erbil, Iraq; and Basrah, Iraq. Mr. Mitman was also the Deputy Chief of Mission at U.S. Embassy Tegucigalpa, Honduras and Minister Counselor for Economic Affairs at U.S. Embassy Moscow, Russia. This will be his third detail to the National Security Council, having earlier served as Senior Duty Officer in the White House Situation Room and as Director for Iraq. Before joining the Foreign Service, Mr. Mitman taught as an Assistant Professor of Economics at Ball State University. He is a Distinguished Graduate of the National War College and earned an A.B. from Wabash College.

CNBC recently unveiled its inaugural Financial Advisor 100 List. Salem Investment Counselors received the #1 Ranking. The CNBC rankings are based on data culled from thousands of advisory firms and provided by AccuPoint Solutions.

After receiving his degree in political science from Wabash College he received his J.D. degree at Wake Forest University and MBA from Indiana University. 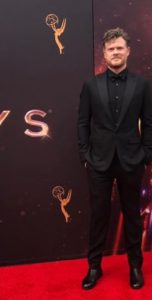 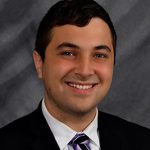 is an attorney in Ice Miller’s Litigation Practice. He earned his juris doctor from Northwestern Pritzker School of Law. Adam worked with capital defendants in Northwestern’s Bluhm Legal Clinic. He also clerked for the Solicitor General Division of the Indiana Attorney General’s Office, where he reviewed requests to file amicus curiae briefs in the U.S. Supreme Court, participated in moot courts with the Solicitor General and prepared briefs for the Seventh Circuit and Indiana Supreme Court. Congratulations, Adam!

Those who attend include the Top 100 Financial Advisors in the U.S. as ranked and published in Barron’s magazine, as well as 500 additional advisors selected by their individual firms.

Advisors included in the annual ranking of the Top 100 Financial Advisors in the U.S., are chosen based on the volume of assets overseen by the advisors and their teams, revenue generated for the firms, and the quality of the advisors’ practices. The top 100 are comprised of advisors from major security firms and independent operations. 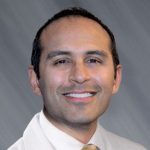 The Franciscan Physician Network Indiana Heart Physicians has added Shenil Shah to its practice. He is board-certified in cardiovascular disease, nuclear cardiology, echocardiography and other fields.

Dr. Shah received his undergraduate degree with honor in chemistry from Wabash College. He earned his medical degree from the Indiana University School of Medicine.

Jason Hood ’91 has joined Eastern Illinois University as Assistant Vice President of Academic Affairs. Jason is responsible for a variety of faculty issues related to collective bargaining agreements and the curriculum process.

Following his graduation from Wabash in 1991, Jason received a J.D. from the University of Illinois College of Law and an MBA from Millikin University. Congratulations, Jason!