Mikesell ’64 receives 2016 Sagamore of the Wabash 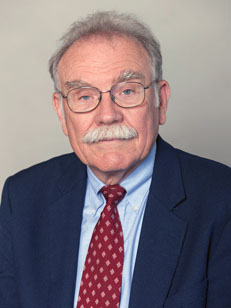 Dr. John L. Mikesell ’64 PhD received a Sagamore of the Wabash award during a meeting of the State Budget Committee (Indiana) on December 15.  The Sagamore of the Wabash is an honorary award presented by the Governor of Indiana to residents of Indiana who have provided a distinguished service to the state or to the governor.  Dr. Mikesell, Chancellor’s Professor Emeritus at the School of Public and Environmental Affairs – Indiana University Bloomington, was recognized for his many accomplishments in the field of public finance and, in particular, his nearly 40 years of service as a member of the State Budget Committee’s Revenue Forecast Technical Committee.  The Committee is responsible for forecasting state tax revenues available for appropriation in the state biennial budget.  The award was presented on behalf of Governor Mike Pence by State Rep. Tim Brown, who is the current chairman of the State Budget Committee.

After Wabash, Dr. Mikesell earned an M.A. and a PhD in Economics at the University of Illinois.  He is an expert in governmental finance, specializing in sales and property tax policy and administration and public budgeting systems.

Thank you to Ben Tooley ’04 for the sharing the announcement.