These two Indiana businesses, founded by Wabash alumni, were voted as “Best Places to Work in Indiana” by their employees in 2015.  Click here for the Indiana Chamber 2015 Rankings.

Hanapin Marketing was ranked #21 on the Small Companies (15-74 employees).  The Bloomington company was founded by CEO Pat East ’00.  Hanapin, a digital agency that specializes in digital advertising/public relations/marketing, has 43 employees.

Apparatus Infrastructure Services, a Virtusa Company was ranked #22 for Medium Companies (75-249 employees).  The

Indianapolis company was founded by CEO Kelly Pfledderer ‘96 and was recently acquired by Virtusa Corporation.  Apparatus specializes in managed IT solutions for businesses, and has 195 employees. 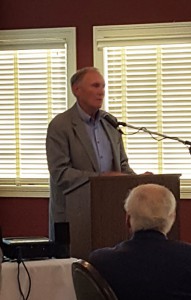 Steve Ferguson ’63 left Wabash and Crawfordsville for a career as attorney, Bloomington, IN area businessman, and chairman of Cook Group, Inc.

Steve returned to Crawfordsville last week as the keynote speaker at the Crawfordsville/Montgomery County Chamber of Commerce Annual Celebration Dinner.  Steve used what he learned at Wabash – quoting the Gentleman’s Rule – to kick off his speech which highlighted what a business can do for its own community.  Click here to read the news story (written by reporter Scotty Cameron ’14).

Another highlight was when Wabash College was honored as the Large Business of the Year for its impact on the Crawfordsville/Montgomery County community, including the Will & Ginny Hays Center for Leadership and Community Development that opened recently in downtown Crawfordsville.

Neil Burk ’12 joined The Paper 24-7, The Paper of Montgomery County as a Sports Writer, and quickly moved through the ranks as Sports Editor, Managing Editor, and finally Editor.  Now Neil is moving on to a position as executive assistant for a marketing executive for a national company in the Washington, DC area.  Neil’s last day in Crawfordsville was May 8.

Scotty Cameron ’14 has covered news stories for The Paper as a reporter, and now he has been named Managing Editor.

“I heard it on NPR” – on the call-in talk show On Point !  The featured topic on May 6 was “The Extra-Special Expertise Of A College Senior Thesis.” Click here to listen to the broadcast.  After much discussion from guests on the show, at about 47:13 minutes into the show, a young Wabash alumnus called in to describe Senior Oral Comps at Wabash College, Wabash’s version of the Senior Thesis.  The show’s hosts seemed to be impressed!

Members of the 2015 inductees to the Montgomery County Basketball Hall of Fame include four with Wabash connections.  The induction will take place in the old Crawfordsville High School gymnasium on May 23, open to the public:

David R. Moore ’69:  During his senior season with the Little Giants, Moore averaged 24 points-per-game and was named the team’s Most Valuable Player. Moore was a member of the Indiana – Kentucky College All-Stars. Moore was inducted into the Wabash College Athletics Hall of Fame in 2008.

Merlin Nice ’84:  Merlin led his Wabash College basketball teams in scoring and rebounding in both the 1982-83 and 1983-84 seasons. He was a team captain for the Little Giants his junior and senior seasons and was named the Most Valuable Player his senior year. In 1982, Nice helped Wabash College get to the NCAA Division III Final Four. He set a tournament record making 24 out of 24 from the free throw line. Nice officiated college basketball for 20 years working all levels of collegiate play.

Alexandria Gasaway, daughter of Clint Gasaway ’86:  A 2010 Crawfordsville High School graduate, Gasaway scored 1,104 career points for the Athenians. She also collected 678 career rebounds. Gasaway played basketball at DePauw University where she led the team in scoring both her junior and senior seasons.  She was named an Academic All-American and was awarded an NCAA post graduate scholarship.

Greg Scott ’79 has written his first book:  “Bullseye Breach” – described as internet safety disguised as a fictional thriller about a retailer losing millions of card numbers to international criminals.  Click here to read more about the book and find out how to get one! 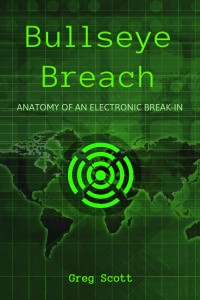 A Mathematics major at Wabash, Greg is the founder and Chief Technology Officer of Infrasupport Corporation, which builds and supports IT infrastructure. 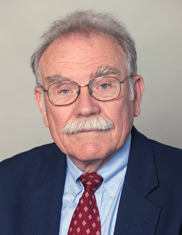 Prof. John L. Mikesell ’64 is the Inaugural Recipient of (2015) John L. Mikesell Excellence Award, SPEA Student Choice Awards at Indiana University School of Public and Environmental Affairs (SPEA) in Bloomington.  The Mikesell Excellence Award is named in his honor and was awarded after a vote by students. It will be awarded annually to the faculty member who best emulates excellence in teaching, research, and service.

John L. Mikesell is Chancellor’s Professor in SPEA.  After Wabash, John earned both an MA and PhD in Economics at the University of Illinois-Urbana.  John is in expert in governmental finance, specializing in sales and property tax policy and administration and public budgeting systems. 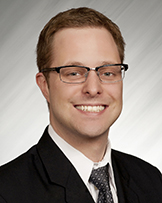 David Pryzbylski ’05 was named in a group of “Up and Coming Lawyers” by The Indiana Lawer.com.  David is listed in a special edition of the May 6, 2015 “Leadership in Law.”  Click here to read the interview with David.

David is an Associate Attorney with Barnes & Thornburg LLP in Indianapolis.  His area of interest is Labor & Employment.  After Wabash, David earned his JD at Indiana University Robert H. McKinney School of Law. 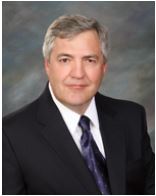 After Wabash, Damian earned an MBA from Indiana University and his Chartered Financial Analyst Certificate (CFA).

Just look for the  Wally!

Thanks to Norberto Salinas ’97 for the news tip!