Robert Gregerson ’85 Named President for University of Pittsburgh at Greensburg 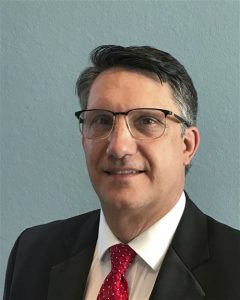 The University of Pittsburgh at Greensburg has announced that Robert G. Gregerson will take over as president effective July 1. He succeeds Sharon P. Smith, who has been president since 2007.

Dr. Gregerson has held academic positions of authority and various appointments at large and medium-scale universities for three decades. As dean of the College of Arts and Sciences at Florida Gulf Coast, he focused on an advancement plan to support programs, faculty and students. At the same time, he was acting provost and vice president for academic affairs and later a senior adviser to the provost. At Armstrong State University, he has served as a biology professor and department head and dean of the College of Science and Technology. He has also taught at Lyon College in Batesville, Arkansas and was research geneticist with the University of Minnesota/U.S. Department of Agriculture.

After receiving his degree in biology from Wabash College, Dr. Gregerson went on to earn a doctoral degree in molecular genetics from the University of Georgia.