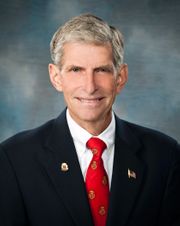 St. John’s Northwestern Leadership Academies of Delafield, Wisconsin has elected Thomas D. Stocks III to become the 17th president of the academies effective April 1. Tom joined St. John’s as its chief financial officer in 2018, and has been extensively involved with it for more than 20 years, including serving on the board of trustees as well as chairing the board’s finance committee.

A 1969 graduate of St. John’s Military Academy, Tom attended Wabash before earning a master’s degree from the University of Chicago, Booth School of Business.