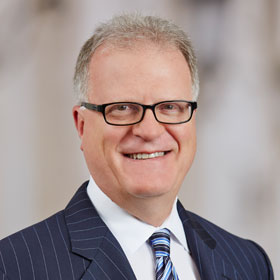 In a reorganization designed to delegate decision making appropriately, Ascension has streamlined operations by combining its healthcare and operations divisions, and splitting the title of president and CEO. Joe Impicciche ’80 has been appointed president, and will also serve as chief operating officer, overseeing both healthcare operations and services. Joe has served as Executive Vice President and General Counsel of Ascension since 2004.