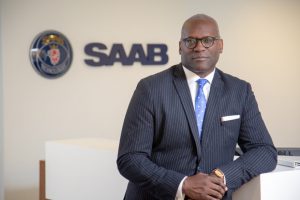 The December 2018 issue of Vanguard Law Magazine profiles Marc Nichols, Wabash Class of 1992, and his career path from market analyst for Chemical Bank, to his current role as executive vice president and general counsel for Saab Defense and Security (SDAS), which has entered into a $9.3 billion joint contract with Boeing for the U.S. Air Force. Following his time as an analyst and trust officer for Chemical Bank, Marc earned his J.D. from Washington and Lee University School of Law in 1998. From there, he has served in a number of legal roles, including inspector general for the U.S. Government Printing Office, and lead counsel and compliance director for Rolls-Royce.

You can read more about Marc at Vanguard