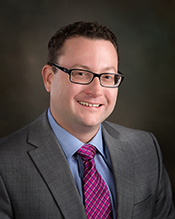 The law firm of Keller Macaluso LLC has announced the addition of Wes Zirkle to their team. Wes will be representing entrepreneurs, agencies, sports and entertainment properties, and sponsors.

Prior to joining Keller Macaluso, Wes spent 12 years as Executive Vice President and General Counsel of global marketing agency, JMI, now part of CSM Sport & Entertainment, and nearly five years as Corporate Counsel at CMG Worldwide, an innovative celebrity marketing agency.  While at JMI, he served as the primary legal advisor to the executive team as they grew the agency into a global leader with offices in Zionsville, London, and Hong Kong.  In 2008, Wes led the process of selling JMI to a New York-based private equity firm and then several years later led the legal aspects of the sale of JMI to Chime Communications.  Following the sale, Wes was promoted to General Counsel of Chime USA, leading all legal and administrative functions of Chime’s United States business holdings.

Following his 1998 graduation from Wabash, Wes earned his J.D. in 2001 from Indiana University Robert H. McKinney School of Law. Wes is a member of the Board of Directors of the United Methodist Foundation of Indiana and is a member of the 2014 class of the Indiana Business Journal’s Forty Under 40.