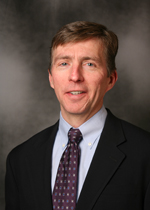 Dr. Todd E. Clark ’85 was promoted to senior vice president and research economist at the Federal Reserve Bank of Cleveland, effective July 1. He will continue to oversee the macroeconomic policy section within the Bank’s Research Department.

An economics major/mathematics minor, after Wabash, Todd earned an MA and a PhD in economics from the University of Michigan.