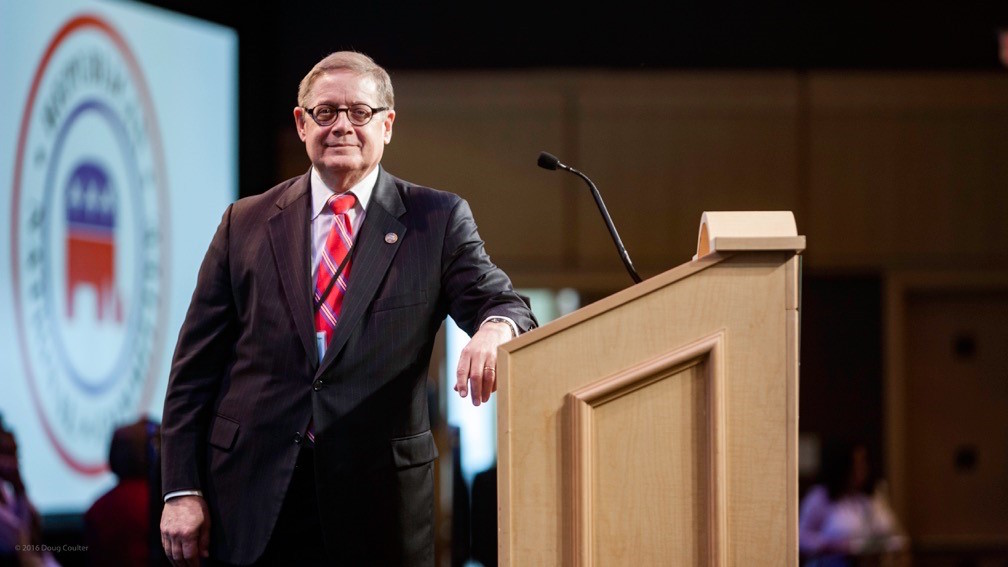 John Ryder ’71 has been named the 2016 Republican Lawyer of the Year by the Republican National Lawyers Association. The award recognizes one lawyer each year from across the nation for outstanding professional accomplishments and years of dedicated service to the Republican Party and its ideals.​

John joined the Memphis-based law firm Harris Shelton Hanover Walsh PLLC in 2000.  He has served as general counsel of the Republican National Committee since 2013. In addition, he has served in several leadership positions in various local, state and national organizations throughout his career.