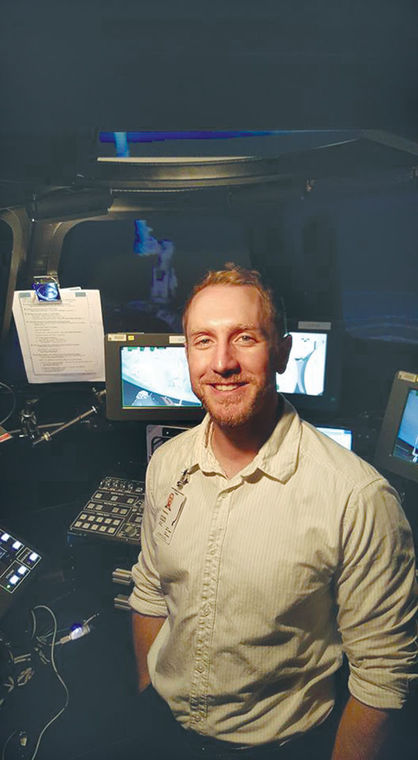 Steven Zusack is shown with a training simulator at the NASA Johnson Space Station in Houston, where he is currently an intern.

Steven Zusack ’06 is leading a college research group which has developed a method for mining ice from the south pole of the moon, as part of a NSASA engineering internship.  Click here to read a news release.

After earning a Psychology degree at Wabash, Steven worked in the world of business, until his lifelong interest in outer space prompted him to earn second bachelor’s degree in mechanical engineering from IUPUI.  Steven participated in several engineering internships, including his current position as a Structural Engineer Intern for NASA, which will conclude in May.  Next Fall, he will begin working on a master’s degree in aeronautics and astronautics at Purdue University.