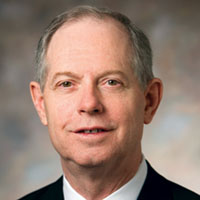 Michael Stayton ’68 has been elected Chairman of the Board of Directors of Building Tomorrow, Inc. an Indianapolis-based organization whose mission is to construct enough primary schools in East Africa so each child may have a quality environment in which to learn.

In March 2014, Mike retired as founder, President & CEO of the United States Infrastructure Corporation (USIC) after six years.  In 2008, he was appointed to the board of the new Indianapolis Airport Authority and was president until resigning in 2011.  Mike has held several key executive positions with utility infrastructure groups which service utility and government clients, and was on a 5-year diplomatic appointment abroad as COO for the United Nations World Food Programme.

After Wabash, Mike earned a master’s degree in International Business from the George Washington University.