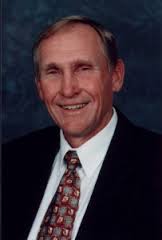 Steve Ferguson ‘63, chairman of Cook Group Inc. in Bloomington, IN will be the keynote speaker at this year’s Crawfordsville/Montgomery County Chamber of Commerce annual dinner. The May 6 event is open to the public.

Steve, a Bloomington business and civic leader, was named the Indiana Chamber’s 2013 Business Leader of the Year.  He received an honorary doctorate degree from Wabash College last spring. An attorney by trade, he was a Cook Group consultant and then joined Cook Group permanently in the early 1990s.  After Wabash, Steve earned his JD from Indiana University.