Steve Ferguson ’63 has been elected Secretary of the Executive Board for the Central Indiana Corporate Partnership (CICP) for 2015.  The CICP brings together CEO’s from Central Indiana’s prominent corporations, foundations, and university presidents to advance the region’s prosperity and growth.  Steve is Chairman of medical device manufacturer Cook Group in Bloomington, Indiana.

Other Wabash alumni on the 2015 board of directors include:

Rev. Joseph J. Boomhower ’81 recently sent this link to his thoughts expressed about “education instead of training” during his Chaplaincy at Indiana University of Pennsylvania a few years ago.

Joe was a Religion major at Wabash, and studied at Aberdeen University in Scotland and then at the Agean Institute in Greece.  After Wabash, he attended the Lutheran Seminary in Philadelphia and the Goethe Institute in Gottingen, Germany.  In 1986, he was ordained into St. Mark’s Lutheran Church, Springdale, PA; began as a Chaplain at the V.A. Highland Dr., Pittsburgh; and started the Doctoral Program at Duquesne University.  From Springdale, he moved to downtown Pittsburgh and accepted the Chaplaincy at Indiana University of Pennsylvania.  While at IUP, he accepted a call from the Northwest Pennsylvania Synod to be Assistant to the Bishop, in addition to his duties at IUP.  In 2010, he accepted the call to be the pastor at Holy Trinity Lutheran Church in Chicora, PA.

Thanks for the thoughts and update, Joe!

Dr. Thomas L. Brewer PhD ’63 is a Senior Fellow at the International Centre for Trade and Sustainable Development (ICTSD) which is located in Geneva, Switzerland.  His research focuses on the intersections of climate change issues with international trade, investment and technology transfer issues.

Click here to read more about Tom’s career since Wabash.  Thank you to classmate George Brattain ’63 for the update on Tom! 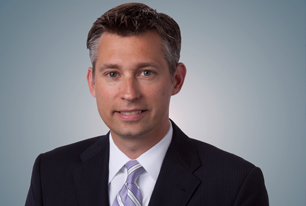 Chris W. Cotterill ’99, the former chief of staff for the city of Indianapolis and an attorney specializing in public-private partnerships, will serve as general counsel for the Indiana Economic Development Corporation (IEDC).  After Wabash, Chris earned his JD from Maurer School of Law at Indiana University in Bloomington.

Photo courtesy of
Inside Indiana Business.

Chris Greisl ’07 was appointed City Attorney by Fishers, Indiana, a new position created in accordance with the governing of a second-class city, per Indiana state law. In the 2012 general election, the citizens of Fishers voted for Fishers to become a second-class city. Second-class refers to Indiana cities with a population size of 35,000 to 599,999. Fishers officially became a second-class city on January 1, 2015.  After Wabash, Chris earned his JD from Indiana University School of Law—Indianapolis. 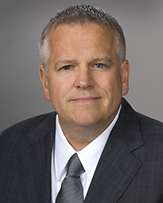 Phil Westerman ’89 is a partner with Barnes & Thornburg LLP in Columbus, OH.  He recently sat down for a Columbus Biz Insider Q&A with Columbus Business First.  Click here to read the questions and Phil’s answers.

Greg is a native of Greensburg, Indiana.  Click here to read more in the Greensburg Daily News. 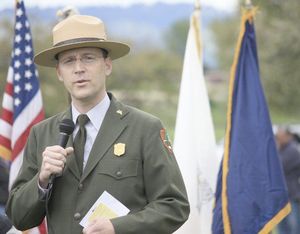 Greg educating a group during a National Park’s program.

Ryan Vaughn ’00 was listed in the IndyStar as a mover and shaker in Indianapolis to watch in 2015.  Ryan is former president of the Indianapolis City-County Council and chief of staff to Republican Mayor Greg Ballard, who took over last year as president of the Indiana Sports Corp.  Click here the read about Ryan (number 10 on the list) and his fellow movers and shakers.

Dr. Chris Carr PhD ’82, Sports and Performance Psychologist at St. Vincent’s Sports Performance in Indianapolis, was recently quoted in an Indianapolis Star article about performance by athletes such as Indianapolis Colts quarterback Andrew Luck.    Although Chris has not worked with Luck personally, he has worked with numerous college, pro team, and Olympic athletes to enhance their performance.  Chris played football at Wabash.

Click here to read the story.  Chris’ comments are about halfway through the article. 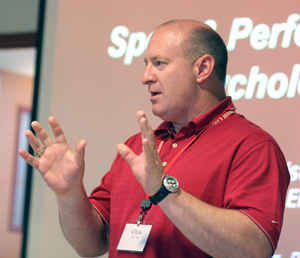