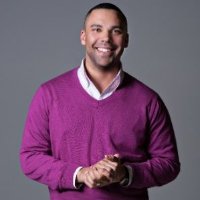 Brandon Clifton ’06 has been named Deputy Secretary of State and chief of staff for Indiana, effective December 1.  Brandon is currently serving as Deputy General Counsel at the Indiana Department of Administration and has worked for the Indiana Department of Education as a staff attorney and policy advisory.  Brandon replaces Davey Neal ’01 who joins a private law practice.  Click here for the news release.

After Wabash Brandon earned an MBA from Webster University and a JD from Barry University.