“What are the odds of two Wallies making theatre together outside of C’ville?!?

Turns out Brad Hopper ‘14 is a fellow at Berkeley Rep where I am designing Set & Lights for a new musical called Party People!  Imagine my delight when I saw him wearing a Wabash T-shirt to rehearsal.” 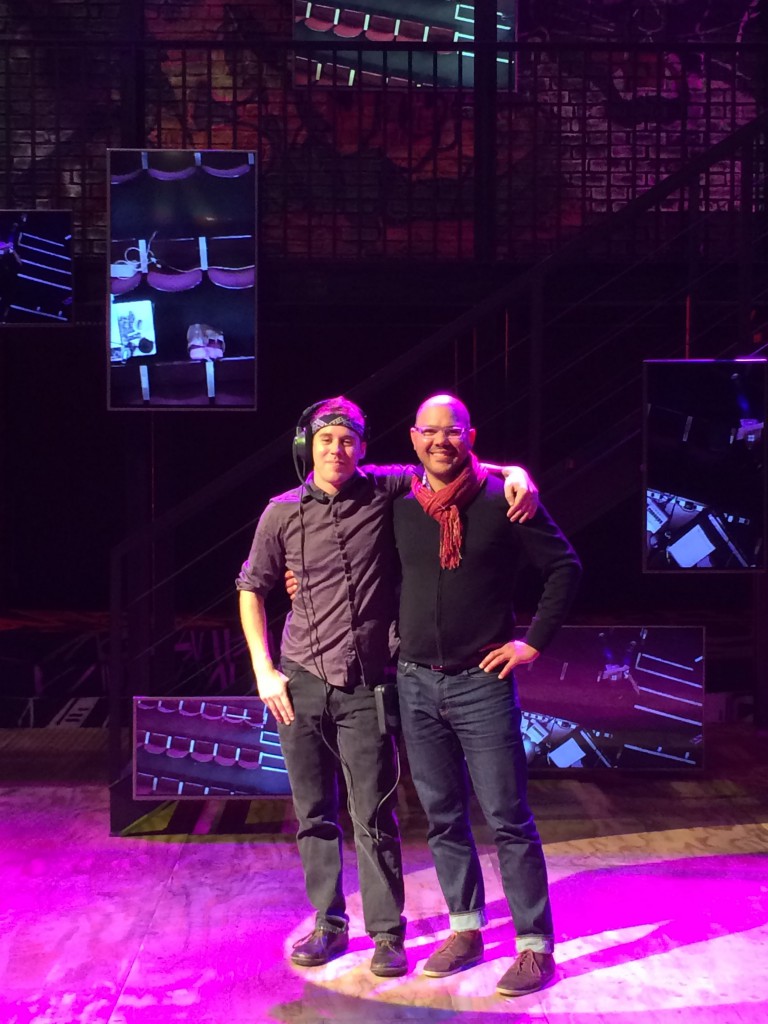 Party People was developed in The Ground Floor, Berkeley Rep’s Center for the Creation and Development of New Work.