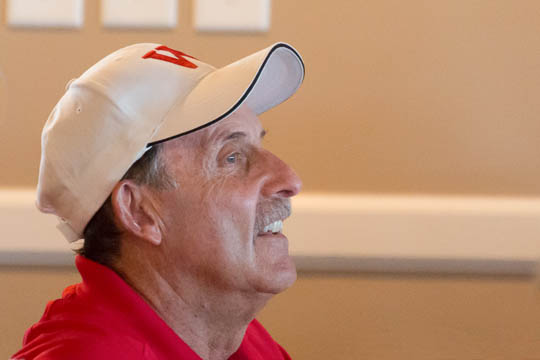 Professor Tobey Herzog H’11 was honored at the 44th Annual Mitchum Crock on July 24, 2014.  Tobey’s a legendary English professor…Commissioner of the Noontime Basketball Association…longtime faculty representative to Athletics…and all around great guy.

I don’t need to tell you anything about Tobey and his teaching – you already probably have a great appreciation of that.  What I want to share is on a much simpler scale.

Tobey loves Wabash….not in the “Gee I had a great run here” way but in the “I have seen first hand how Wabash changes young mens’ lives” way.  He credits his Class – the Class of 2011 – for teaching him as much as he hopes he taught them.

Tobey has an unquenched thirst for knowledge….and an extra-keen sense of history.  As his retirement gift, his family is sending him on a trip back to Vietnam.  He’ll go this fall with sons Joe and Rob.  Tobey told me of the stops they’ll make with an excitement of new learning opportunities, along with his sons, that exudes excitement.

Tobey’s skin fits…and fits perfectly.  He loved teaching at Wabash and the many, many friendships he has.  But he’s also comfortable with the timing of his retirement.  “There is a time and a place”…I almost hear.  Contrast that with the Grunge…who would give a lot of personal “real estate” to fly a fighter just one more time…Tobey doesn’t need that.  He’s good.  He’s set. 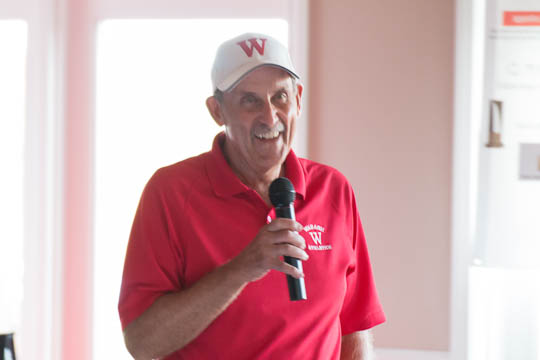 In true fashion, Tobey took a little time out to honor a colleague and friend in the English Department – Tom Campbell – who passed away recently.  Tom and Tobey started at the same time at Wabash.  Imagine the number of lives touched in those 30 plus years of teaching at Wabash.