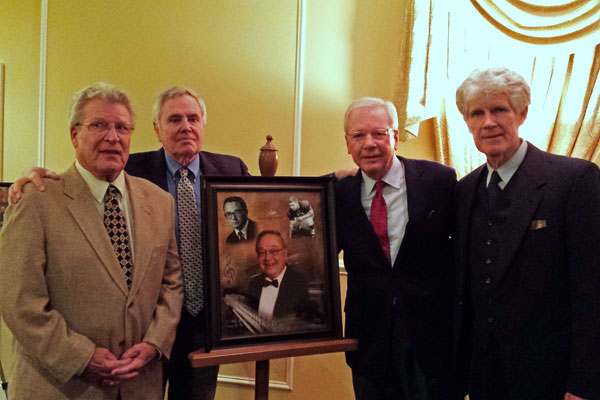 Colehower came from Arizona.  Wescott from Delaware.  Anderson from South Carolina.  Boyer from Pennsylvania.  They came to Delaware to pay their last respects to classmate Augie Deadener.

Phil’s words say is much better than I ever could…

We all sang the Whiffenpoof Song that Augie used to enjoy singing after a few cocktails.”
Wabash friendships…forever.  That’s what happens at this good place.