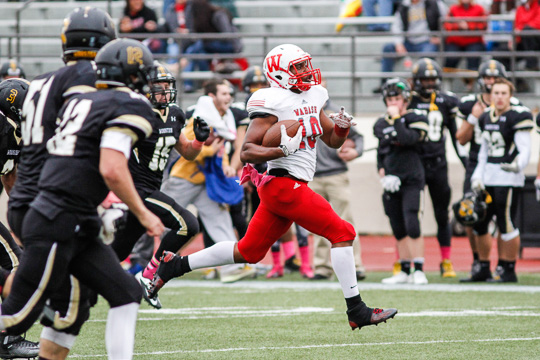 AJ Clark takes it to the house

AJ Clark ’16 is as nice a young man as you’ll ever meet.  Over the past four years I’ve had a chance to talk with him on several occasions.  Great young man – he’ll be a world changer.

AJ has been a solid contributor on special teams while at Wabash.  Things change and this year AJ has been starting at linebacker..and he’s been an impact player.  He’s always around the ball and no highlight reel is complete without an AJ Clark tackle or two.

Saturday at Wooster was no different…but it was.  That’s AJ streaking down the sidelines on his way to the end zone on a pick – six.  As I watched, through the lens, as AJ tucked the ball in and took off, I said to myself: “He will not let anyone catch him.”  And he didn’t.  Different gear…absolutely.  But it was his mind and heart – clearly visible from 40 yards away – that told the story.  I almost put the camera down and started clapping.

At the end of the play, with his teammates all around him, the smile came out. 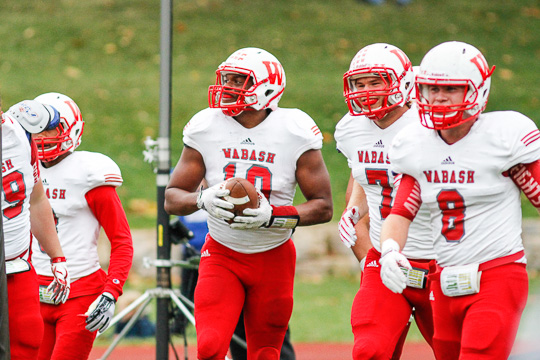 AJ held on to that football for awhile.  The official didn’t run in and grab it…I think he understood what a special time it was.  For AJ…and for his team.