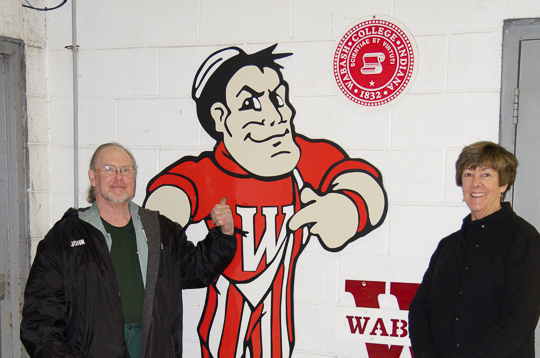 John Goodrich ’67 and Alison Kothe at J and P Plating

The Grunge accompanied Alison Kothe on a visit to see John Goodrich in Portland, IN.  John’s company calls Portland home.

We finalized a new 50th reunion medallion design and then took the opportunity to talk with John and join him for lunch at the world famous Greazy Pickle restaurant. 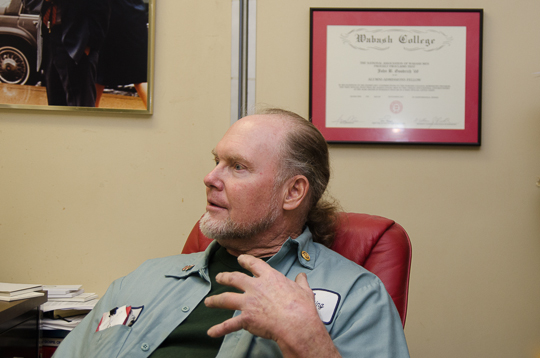 John Goodrich in the office

John loves working with his hands – he’s a creative guy through and through.  He also calls his Wabash education one of the highlights of his entire life.  He sees Wabash as the best of the best…and that comes straight from his heart.  He showed us a photo in his office of four Wabash students he recruited for Wabash – that’s four in the same class!

John’s loves of Wabash is equalled in his love of his community.  John was a major force in the development of a community education center.  A former department store became a modern, state of the art facility for Jay County residents to finish a high school education, find work, or attend one of the many colleges and universities offering courses right in town. 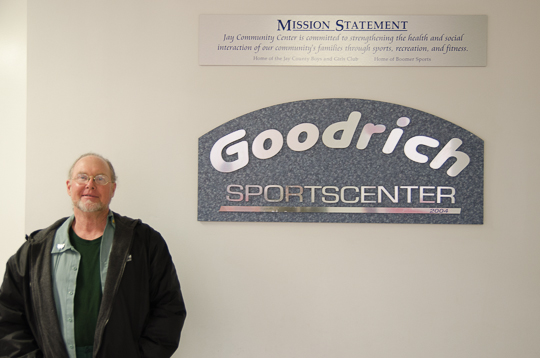 The Community Center – which houses the Goodrich Sportscenter.

John works out 3 to 4 times a week…and he wanted that opportunity available for his local community.  Thus, an old Armory became a new and expanded Community Center and home to the Boys and Girls Club.  The new addition?  The Goodrich Sportscenter.