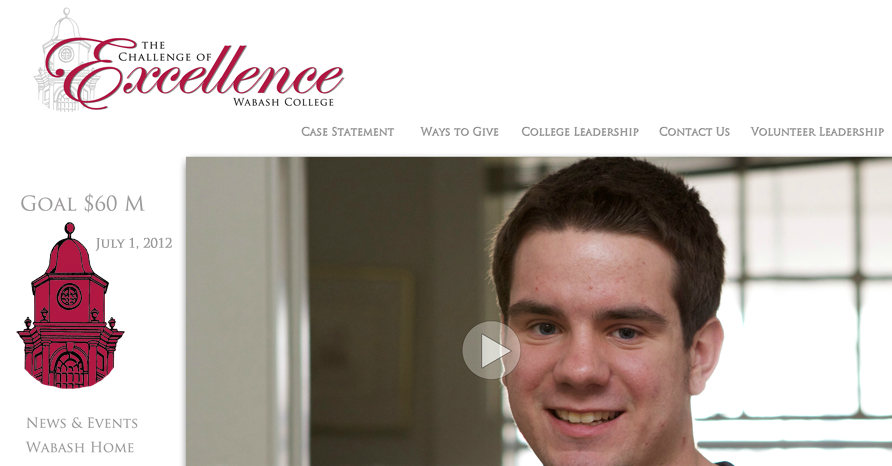 The Challenge of Excellence

The Challenge of Excellence was launched in the Fall of 2010.  A three-year campaign to raise $60,000,000 focused directly on strengthening the student experience at Wabash, it has resonated with the Wabash community near and far.

The results today, more than a year from the original completion date on June 30, 2013, are…well…I can’t tell you.  You can get a hint from the screen shot above…but only a hint.

If the curiosity is getting you…there is an answer.  Be among the first to know by attending the Homecoming Celebration on Friday evening, September 28, 2012.

Like being the spoiler?  No sweat.  Drop by the Dean Jon Stern’s office on September 27, 2012 with a big check and watch us jump through the hoops.  We’ll do it though, I promise you.

Kudos for the Challenge of Excellence go to President Pat White for his vision and leadership.  In addition, the “heavy lifting” by the staff was led by Dean Joe Emmick until his departure and then by our Director of Development, Alison Kothe.  We also wouldn’t be where we are without the sage advice of our Campaign Counsel, Charlie Witzleben, and the leadership of Trustees Allan Anderson and Ted Grossnickle.  Allan and Ted have served as co-chairmen of the COE.