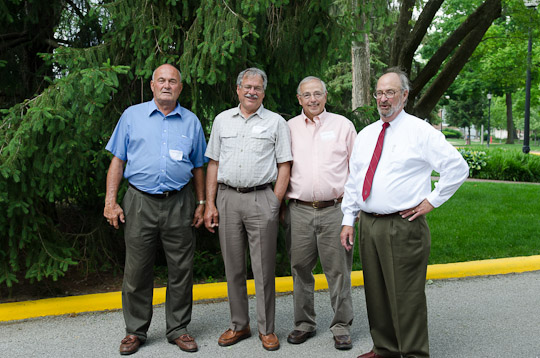 Dr. Stephen Miller ’64 (right in photo) was back at Commencement from Nemea, Greece where he now lives.  He was on campus to receive an Honorary Degree.

He’s a world famous archeologist.  In 1973 it was his team who uncovered the site of the Panhellenic games at Nemea.

Given Cal-Berkeley and Greece, you’d think his Indiana roots would be old and forgotten. Not true!  When he came to campus last week, he also had three friends from his old school days at Jimtown join him.  I caught them touring campus after Commencement.