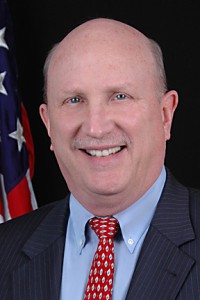 Lee Clark ’73 is running for Hamilton County Commissioner for the 2nd District.  Lee’s been quite active as a board member of the Indianapolis Association of Wabash Men and you have seen him on the sidelines at Wabash football games as a cameraman (we “media” guys stick together.)

Lee majored in Political Science at the ‘Bash – he also earned an MBA from Ball State.  Lee has lived in Hamilton County for over 33 years.  Lee’s father served as a superintendent of Hamilton Southeastern Schools – so public service runs deep in the family.

Keep an eye out on the ballot, Hamilton County voters!