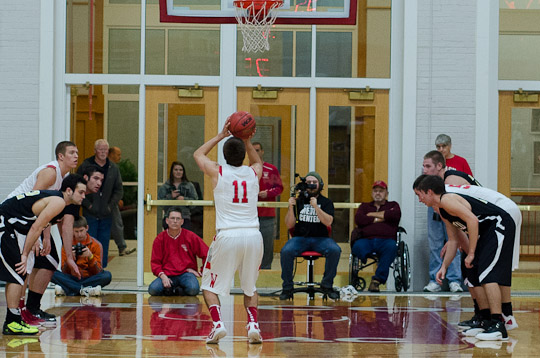 Brian Shelbourne at the line - cameraman at the ready!

Last night Wabash televised (over the internet) the Wabash-DePauw basketball game.  While the game itself was…ahh…forgettable, our guys did their usual great job.  The camera work was first class and the guys added the little extras that really make the difference. 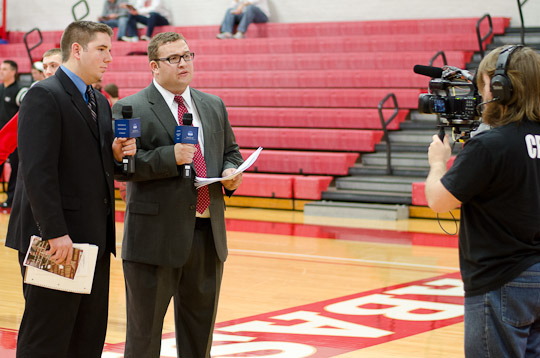 For example, the broadcasters were dressed professionally and offered pre-game commentary as well as the play by play.  (That’s Tyler Wade ’12 giving his best Kirk Herbstreit impression!) 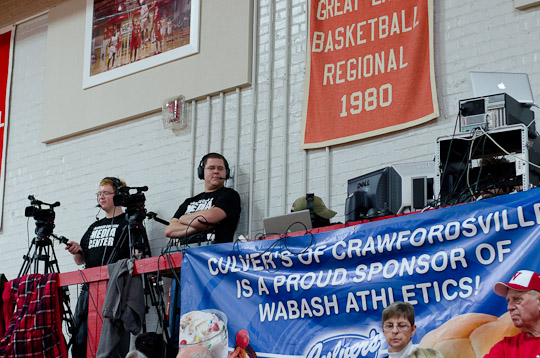 The secrets to success

Of course, as with anything, the keys to success are the right people and the right equipment.  Our team, led by Adam Bowen and Jim Amidon ’87, delivered on all accounts.  Their broadcast team does it right and thankfully, they have the equipment that equals their skills.

I just hope they filmed a different outcome…somewhere…