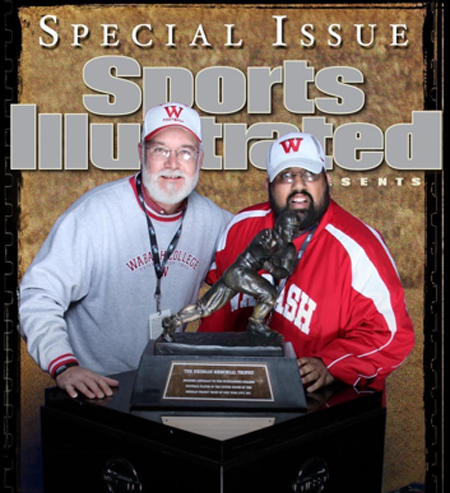 Look who is on the cover of Sports Illustrated?  That’s Herm Haffner ’77 and his son Jim.  I think they were out in New York picking up the trophy to bring it to C’ville and present it to a Little Giant.

Seriously, Herm and Jim attended the Big Ten Championship game at Lucas Oil Stadium last Saturday and, as you can see, someone had a shot set up with the SI cover in the background and the trophy strategically placed.  Cool that Herm and Jim were decked out in Wabash gear.