Yesterday Mike Funk ’89 passed away after a courageous battle against cancer and pneumonia.  As it is, there just aren’t the right kind of words from a poor, dumb fighter pilot.

I didn’t know Mike personally but I know a couple of his close Wabash friends.  That tells me all I need to know.

John Panozzo ’89, my Colorado doc, says Mike’s nickname is “The Gamer” because Mike always came through in the clutch.  John visited Mike for a week not too long ago.  They took in every single inning of the National League and American League Championship series together.  John said it was quality time – in every sense of the word. 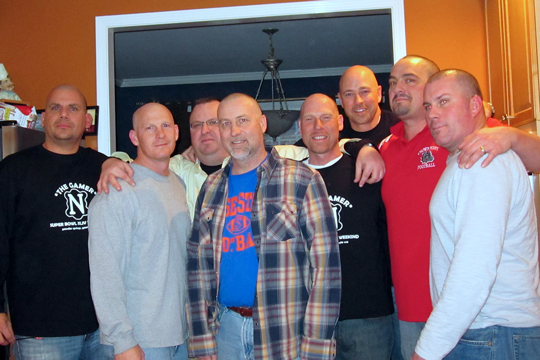 You’ll recall a bunch of Wabash guys joined Mike in Atlanta for the 2010 SuperBowl.  Mike shaved his head as he started Chemo – they all did as well.  Wabash guys – you just wouldn’t expect anything less.

It isn’t the length of the journey that matters – the destination and your traveling companions are the real counters.  “The Gamer” won on both counts.

Please keep Christie and their children in your thoughts and prayers.