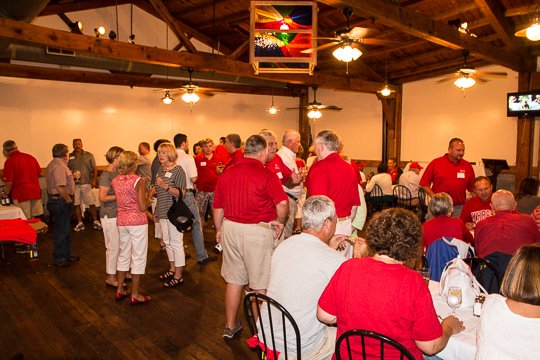 We started the weekend with an informal get-together at a local restaurant/bar in Farmville.  We had over 100 fans join us during the event.  The following morning’s tailgate included over 300 fans!  A great turnout. 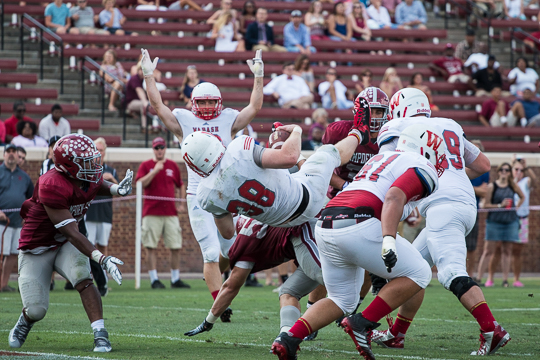 Mason Zurek went airborne to score this touchdown.  Seems very fitting as several Wabash football alumni went together to raise enough money so the team could fly to Virginia.  Mason’s was one of five touchdowns scored that day. 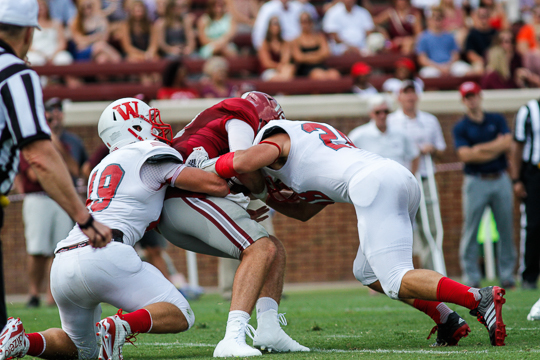 The defense played a very good game allowing less than 100 yards of total offense and limiting HSC’s scoring to a field goal. 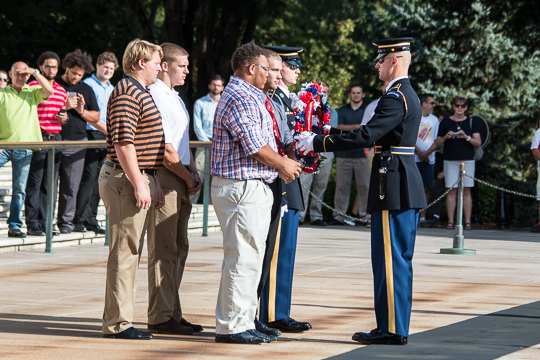 Sunday’s post game events included four team members laying a wreath at the Tomb of the Unknown Soldier.  Here the wreath is presented to the guys.  After their visit, the team also spent some time on the National Mall before heading back to campus.