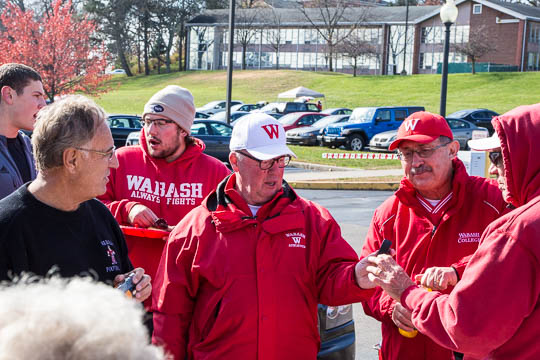 We had a nice crowd at the Witt tailgate.  Not much parking as there was a conference Volleyball tournament ongoing.  The Olmsteads had carved out a small space and were nice enough to let the ranges borrow some of it.  Thanks friends!

During the day, we had some great folks stop by the tailgate.  One was Tom Bambrey ’68 – the former Dean of Students and Athletic Director.  Another was our current AD, Joe Haklin ’73.  Former quarterback Dave Knott ’69, father of Hall of Famer Jake Knott ’03, also made the trip.

Wabash had a great corn at the game, as you can see. 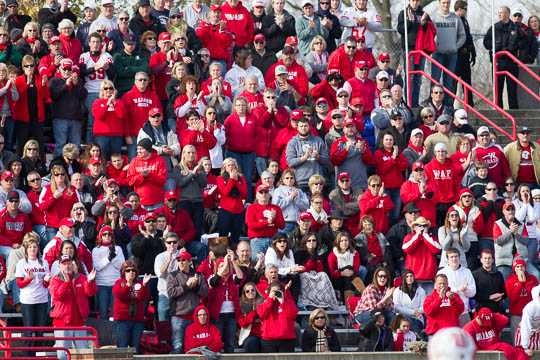