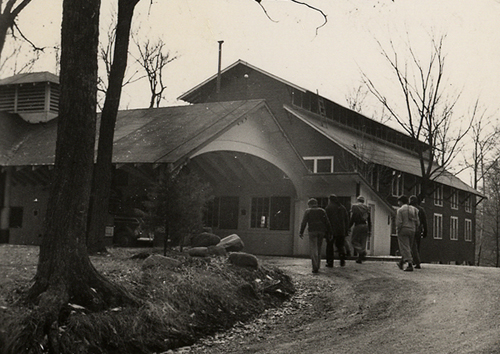 As a part of the new curriculum which was instituted in the late 1920’s, seniors were expected to display a “mastery” of the subjects they had studied. Comprehensive Examinations were instituted to measure that mastery. Another new idea instituted at the same time was Study Camp, one of the highlights of the senior year. The days would be spent hiking and studying. In the evenings, several professors, and often the President, would join the seniors for dinner followed by an in-depth discussion. The image above is from Study Camp of 1934.

The handsome fellow with the walking stick in the image below is John Gaylord Coulter, the man who innovated Study Camp. 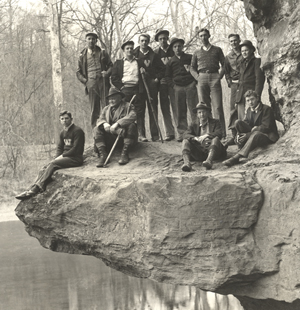 Here’s another image of some students and their prize catch… 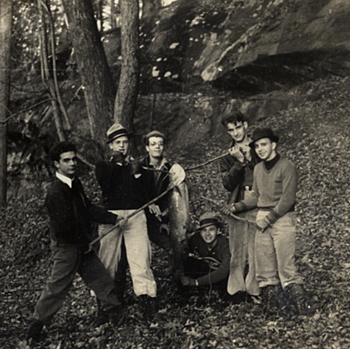