If you are in the area this semester, you might want to stop by the Lilly Library and have a look at our exhibit on the Elston men. A trio of savvy businessmen the Elstons were instrumental in Crawfordsville’s strong economy. The Elston best known to Wabash is Isaac Compton Elston III – Ike. 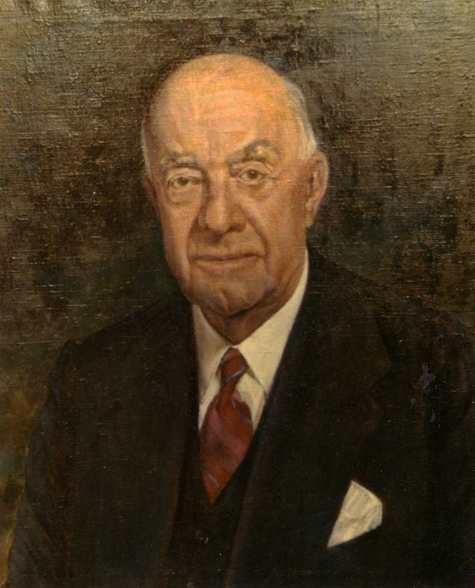 Here is a great piece written by David Phillips as part of a Chapel Book project. David’s research is meticulous and his ability to summarize a life in a single page is truly remarkable. His pieces are chock full of interesting facts and thoughtful insights.  Enjoy!

“I doubt that Wabash will ever have a more colorful trustee than I. C. Elston. Part buccaneer, part bon vivant, part gracious gentleman, Ike Elston from the 1920s until the early 1960s was a splash of color on the Wabash board. His service as a trustee was broken for a period when he resigned in the late Hopkins years, but his connection with Wabash was never broken.”

Born in Crawfordsville on November 13, 1873, Isaac Compton Elston, Jr. was a member of one of the town’s pioneering families. His grandfather, Major Isaac C. Elston, opened the first store and the first bank in Crawfordsville, served as the town’s first postmaster, built the first railroad in Indiana, served briefly as a Wabash College trustee, and built the house that is now the President’s official residence.

In 1888, aged fourteen, Elston enrolled in the Wabash College preparatory school, which he attended for two years. After a brief sojourn at Marietta College in Ohio, Elston returned to Crawfordsville, where he worked for the family bank.

After serving as an officer in the Spanish-American War, Elston moved to Ottumwa, Iowa, progressing from meter reader to president of several public utilities corporations.While in Iowa, he established a long-standing friendship with General Charles Dawes, later winner of the Nobel Peace Prize and Coolidge’s vice president from 1925 to 1929. In 1912 Elston moved to Chicago, where he made a fortune in investment banking.

In 1935 Elston returned to Crawfordsville and acquired the Elston Homestead, which had passed on to another branch of the family. Within a few years he assumed a major role in the family bank. Elston’s management style has been described as “powerful, constructive, and sometimes abrasive.” Former colleagues report: “He wanted his way, and he was usually right.” “By and large he was good for the bank. Scared the hell out of a lot of people.”

Elston served on the Wabash Board of Trustees from 1921 to 1939 and again from 1942 to 1962. Throughout this period he was a generous donor to the College, contributing more than $1.25 million, often for mundane but necessary projects. He also worked with Will Hays, Sr. to raise the funds for the building of this Chapel. Elston was active in alumni affairs, giving generously of both his time and money. He consistently avoided official recognition of his service to Wabash, turning down the offer of an honorary LL.D. degree in 1957.

During the 1920s Elston adopted an opulent lifestyle common to the super-rich of the period. And, after returning to Crawfordsville he became known for his lavish entertainments at the Elston Homestead. He was also a colorful raconteur, although some of his stories had to be taken with a grain of salt.

Elston died in Delray Beach, Florida on April 11, 1964. In a final act of generosity he bequeathed his Homestead to the College. Wabash Presidents have resided in the Elston Homestead since 1966. A posthumous portrait of Elston, painted by Lee Detchon (Class of 1923), was presented to the College in 1970 and now hangs in the Chapel. 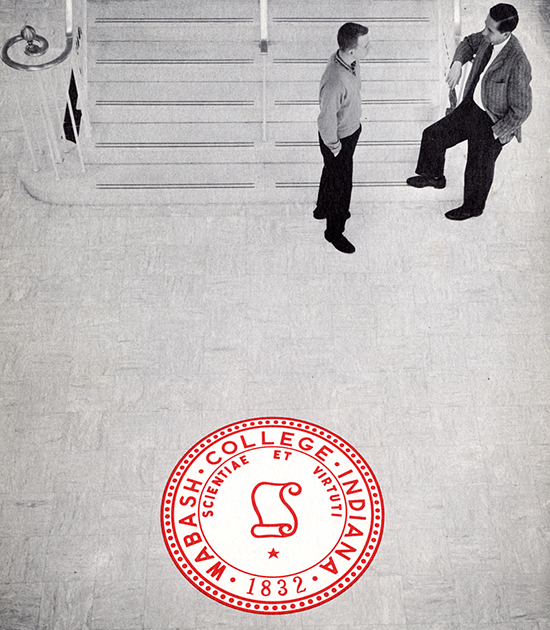 When the Lilly Library was new, and indeed until the remodeling of the 1990’s, one thing all Wabash men knew not to do was walk on the seal. It was just one of those traditions – like today’s young men who will not walk under the arch. This seal was right in the middle of the main floor. It was not to be walked on by a student. When the Library was remodeled in the 90’s a brass seal was installed in the entryway and the old seal was removed.

I am prompted to remember this seal because of the t-shirts we are working on for the Wedgeworth – Lilly Library Prize for research, scholarship or creative works. On the front of the t-shirt is the image of the gentleman in the library. One the back is this image… 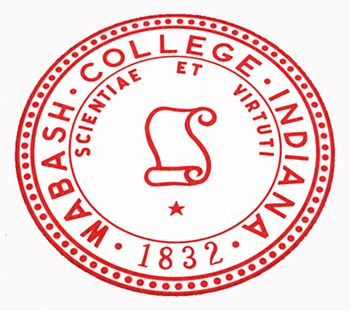 This is actually a colorized photo of the seal in the Lilly Library from the brochure above. While the old seal is not under the carpet, generations of alums still remember exactly where not to walk…

January at Wabash means many things – if you are a senior, it means you are studying for your senior comprehensive exams “comps”. If you have worked really hard and produced a scholarly product, then it might also mean that you are presenting at the “Celebration of Student Research, Scholarship and Creative Work” later in the month. The Celebration, as we now call it, is the one day of the academic year that Wabash cancels classes. 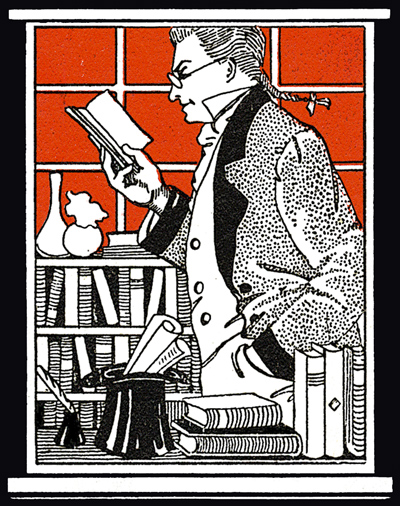 The students dress up, present their works and then discuss them with dozens of members of the Wabash family. It is not uncommon to see students chatting with other students, then a member of the faculty, next a member of the board of trustees and then with a staff member. It is a delightful event, now in its tenth year. In the last few years, participants have received a t-shirt with the phrase “Wabash Always Cites” a play on the school motto, “Wabash Always Fights”. Right in the center of the shirt is a great image of a gentleman in a library. It fits perfectly with the Celebration which is held in Detchon Hall.

Many of you may know that Yandes Hall was the old library. It has a great set of windows that look into the Arboretum. Part of the reason that this image seems to suit our college so well is that it was drawn for Wabash at the turn of the last century. This drawing was used several times on the cover of the old Wabash Magazine, a student publication. When the library started to offer a t-shirt to all participants, I volunteered to create a design. This image seemed to be the perfect fit.