The road that runs between the football field and mud hollow has had a few different names. It was originally known as the Perrysville Turnpike and was a toll road. On a great map that we have here in the Archives it is known simply as the road to the Shades and Turkey Run. Whatever it is called, if you follow that road west you will end up at the bridge at Yountsville. In this posting I would like to take a look back at this Sugar Creek crossing and how it has changed over the years.

Progress in the post World War II era meant big public works projects and among these were the extensive construction projects on the nation’s highway systems. A prime example of this activity is the bridge over Sugar Creek at Yountsville. The Yountsville area was a center of commerce for much of the 19th century. From Yount’s Mill flowed a steady stream of woolen cloth and manufactured goods. The Mill provided uniforms and blankets to the Union Army during the Civil War. Folks from all over knew that good woolen cloth could be purchased by the bolt in the store at Yountsville.

The following eight photographs which document this massive construction project are from the files in the Robert T. Ramsay, Jr. Archival Center at Wabash College. They were taken during 1949 and follow the various stages of the massive project. I am sorry to say that I don’t know the name of the photographer, but what an amazing set this is!

The covered bridge at Yountsville was a rare two-lane bridge. In this first photograph, we can see the bridge as it was in the late 1940s. (PD 392-01) 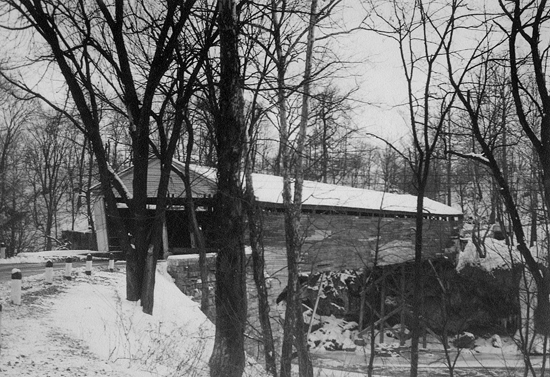 In this photo shot from the bed of the creek you can see the buildings perched on the edge of the hill, which included a restaurant. (PD 392-05) 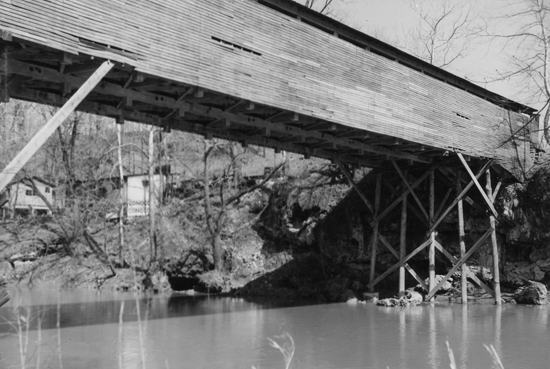 In preparation for demolition the siding has been removed from the structure, revealing the graceful structure of the wooden bridge.  (PD 392-03) 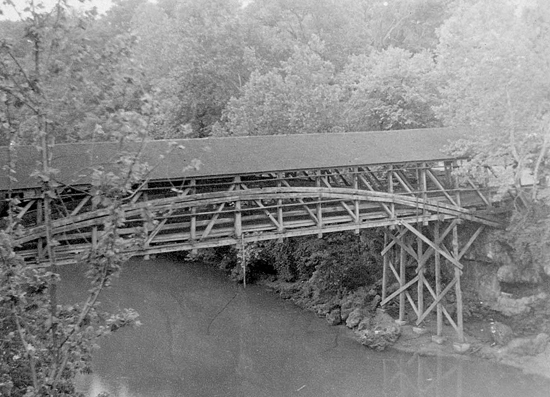 This picture from another viewpoint shows the old framing and the embankment on the west side of Sugar Creek. As a testament to the soundness of the construction, the structure spans the creek without supports and appears to be solid. (PD 392-04) 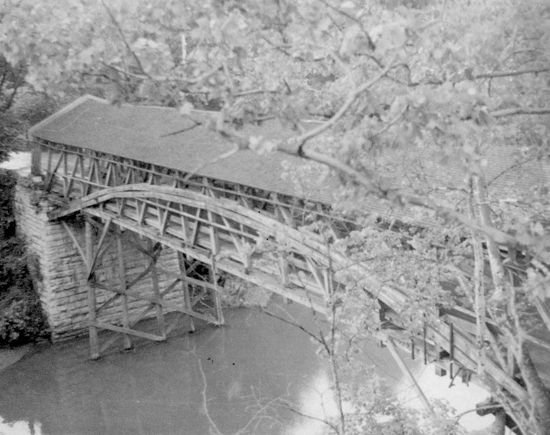 The covered bridge was replaced by a modern bridge that fed into a new road, a speedier two lane highway. In this picture we have a good view of the road project. (PD 392-06) 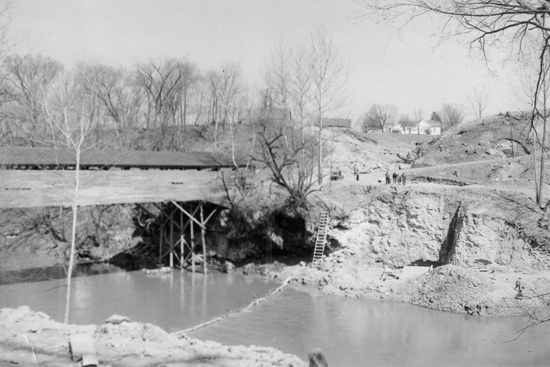 This photo shows both the old bridge and its connecting road. We also can get a sense of the scope of the project. This view is looking toward Crawfordsville from a hill in Yountsville. (PD 392-07) 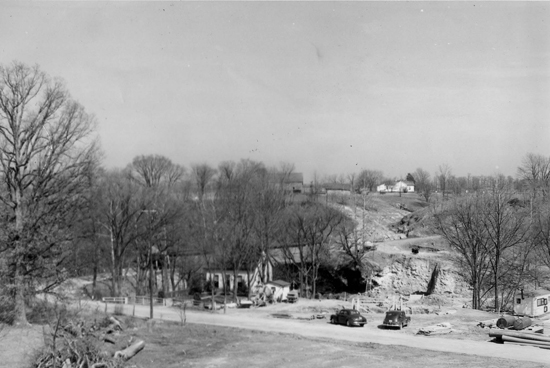 In this photo the new bridge is in place. Taken from the Yountsville side of the creek, this shot shows the land as it appears today. (PD 392-10) 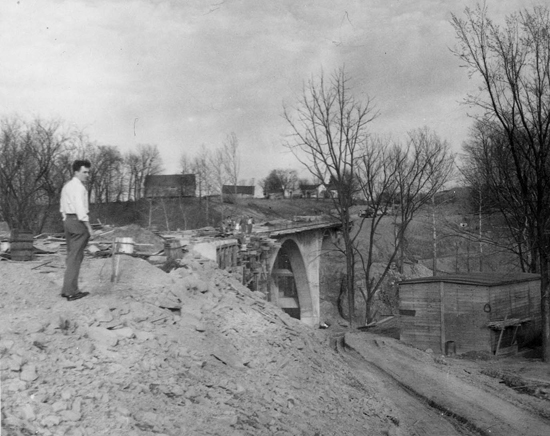 This last photo is a view of the bridge as it nears completion. There is one last section of the foundation to be finished and the road deck is being added. (PD 392-11) 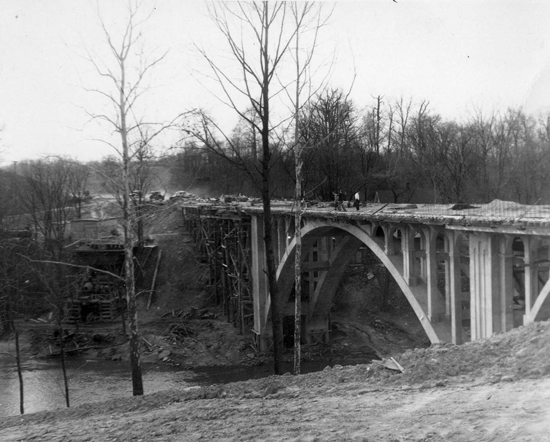 The covered bridge at Yountsville was clearly a structural marvel, wouldn’t it have been nice to have saved it! What a treat that would be, to walk across the creek on a double covered bridge! As with so many of our covered bridges, it was torn down in the name of progress. We can at least be glad that it was replaced with this lovely span. The bridge at Yountsville is a beautiful arch which thousands travel under as they canoe and kayak our most treasured resource, the river we know as Sugar Creek.