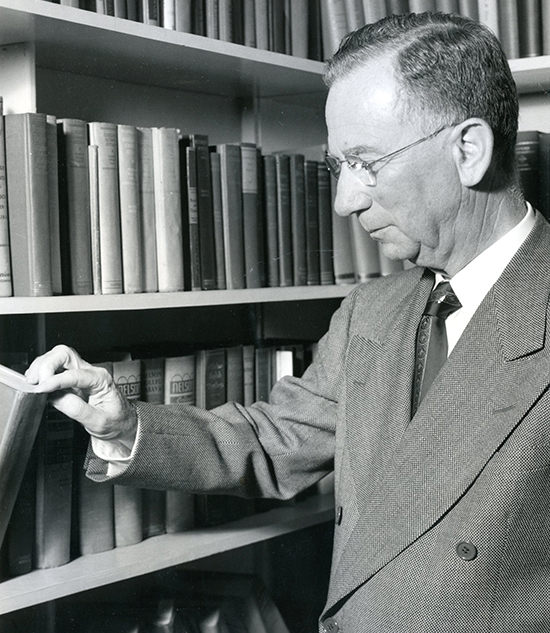 One of the most delightful benefits of working as a member of the staff at Wabash is the Hutsinpillar Grant program. It is a very specific grant – for very specific purposes. Every four years the full time members of staff are offered a chance to apply for a grant to be spent only for vacation purposes. In other words, it may not be used to travel for work reasons. Funded by Neil Hutsinpillar, a longtime member of the faculty, the grant was intended to assist those he thought the college forgot.

As Byron Trippet explains in his book Wabash on My Mind, “He had independent private income from a family hardware business….his Wabash salary, even after World War II, was low. But he never lacked money. His tastes were simple and he lived prudently but he indulged himself when he chose to do so…He traveled widely and frequently in the summer times – throughout the United States, often to Europe, a little in Latin America. He was a confirmed bachelor by plan…He made careful blue chip investments and prospered modestly…He refused to take retirement pay when the time came to retire. He said he didn’t need it and didn’t believe in such things. Instead he made gifts now and then to the college. Characteristically, the most important of these was a fund he established after talking with me in the early 1960s to provide travel grants to long-time women employees of the college. ‘The college tends to forget people like Mary Schlemmer and Frances Scott,’ he said, ‘but they are important, too.” Mary and Frances were long time, loyal employees in Center Hall.

Of course the grants are not restricted to women and the amount has risen to keep up with inflation. It is a generous amount – currently at $700. Certainly enough to have an adventure. What a lovely program, and what a lovely man.