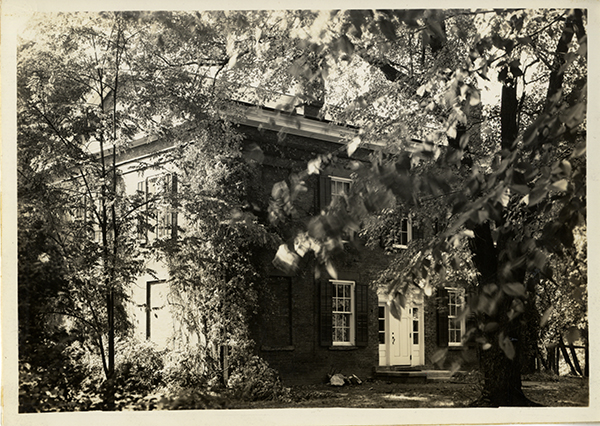 In 1941 Wabash College renovated old Kingery and created an up to date Infirmary.

A short article in the October, 1940 issue of the alumni magazine The Wabash Bulletin announced the gift which made it possible.

Kingery Hall has been completely renovated and restored to its original appearance. It now houses a completely modern four bed infirmary, with bath, nurse’s quarters and lobby, entirely separated from the rest of the building. The remainder of the lower floor and the second floor contain eight rooms which house fifteen students and a proctor (the proctor this year being Coach Mel Brewer) at a nominal charge per student.

The occupants do all of their own janitor work and the infirmary is in charge of two upperclassmen, one of whom is a premedic [sic] student.

Fund for rebuilding and furnishing Kingery Hall were supplied by friends of Dr. Clyde H. Chase in Detroit.

At the time Dr. Chase was the President of the Association of Wabash College Men. The hospital equipment gift was valued at $1,000 and another $7,000 was spent on building renovations.

Here are some great photographs of Kingery sporting its new look. 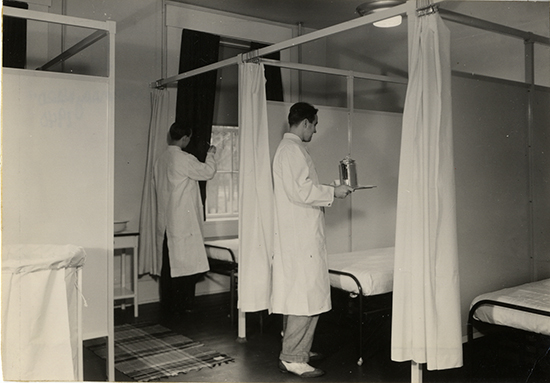 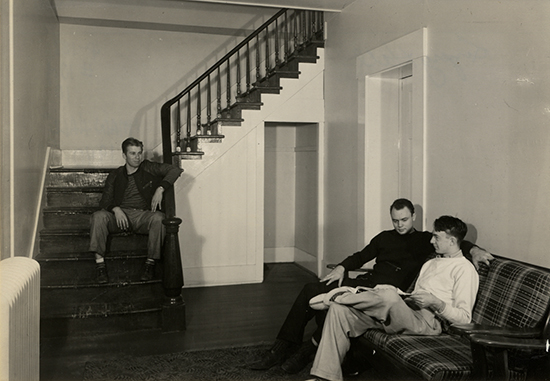 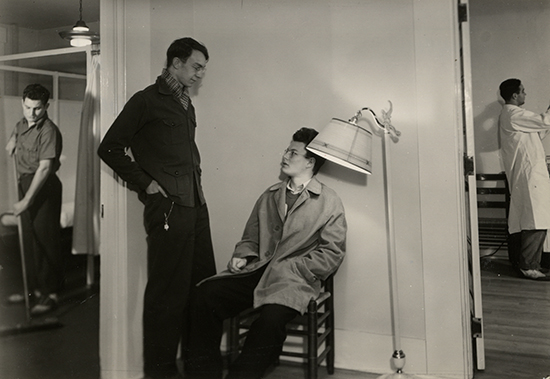 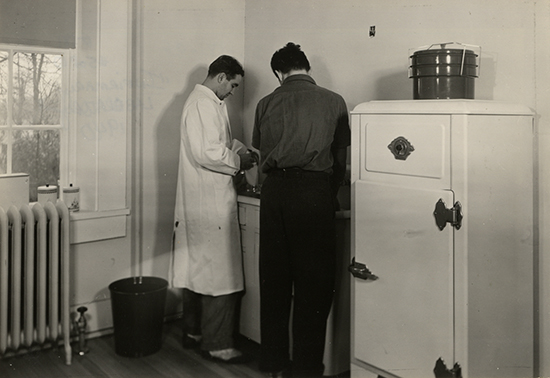 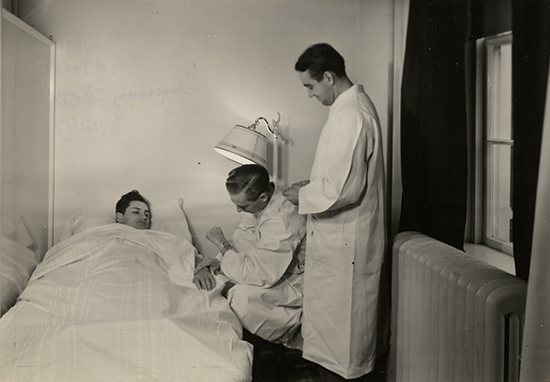 And here is a photograph of one of the dormitory rooms. It looks to be an inviting room full of natural light and plenty of space. 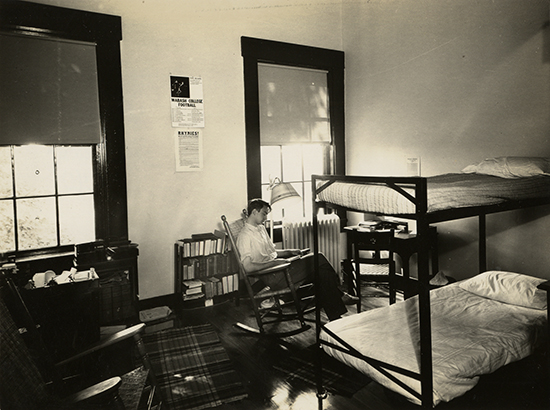 This was quite a project and long overdue. Kingery Hall was named for the professor, and his family, who lived there for a decade and a half. Hugh McMaster Kingery was a professor of Latin at Wabash from 1891 until his retirement in 1916. For most of that time the Kingery family lived in the brick building which later carried their name. By all accounts it was a gracious home, Mrs. Kingery was one of the founders of the Crawfordsville Art League. When Professor Kingery retired other members of the Wabash family lived there. The building was in desperate need of a facelift as it was disreputable in appearance. Thanks to the friends of Dr. Chase, it seems that in 1940 it got the works!