Sometimes I run across an image that is so striking it must be shared and this image is one of those. 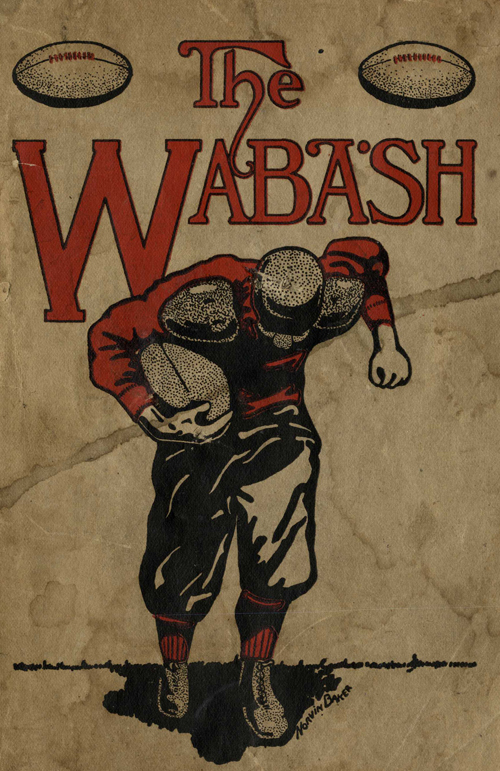 This is the cover of the December 1916 Wabash Magazine dedicated to football. In this issue there are action pictures of the team. Individual profiles of the team members and the coach, as well as a great photo of “Ben” the Little Giant mascot. The team of 1916 went seven and two overall.  The two were pretty big losses to Notre Dame (coached by our former coach and inventor of the forward pass, Jesse Harper) and Indiana University.

The big game of the year, then as now, was with DePauw and at that time this was played in Indianapolis. With the Interurban train fare from Crawfordsville to Indy so low, students were easily transported to the city. There was a parade through downtown Indianapolis before the big game, which we won by a score of 26 to 13.

In another little history note, on the last page of this football issue there is a photo of the players getting ready which carries the title, “The Last Day in the Old Gym.” This is because the Old Barn, as the first gym was known, was ready to be demolished to make room for the “new” gymnasium – which we now call the Armory.

I hope you enjoyed this lovely image as much as I did!