In my previous post I shared a family connection from a student of over 100 years ago to a current alum. In this posting, I would like to share a connection that I  just stumbled upon last week while doing some Internet back to school clothes shopping.

While perusing the Lands’End site for some nice t-shirts for my son, I came across a phrase describing some cotton shirts which featured the “Elston weave”. Hmm, I thought. Interesting choice for a process name. In just a few minutes more I saw this image on my screen… 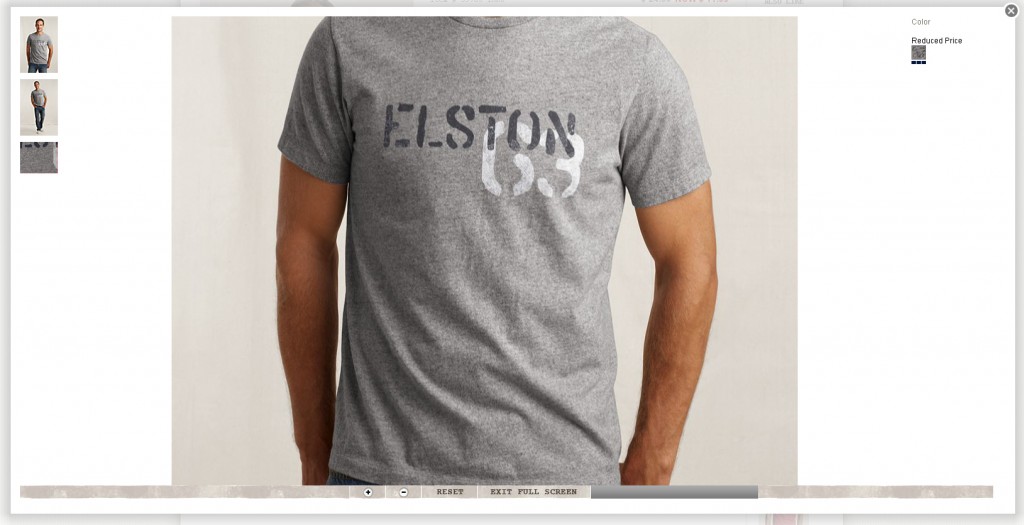 Members of the Wabash family, and Montgomery County natives know this name. Our president lives in the Elston Homestead and for generations many locals did their banking at Elston Bank & Trust. Major Isaac Compton Elston, the patriarch, was among Indiana’s earliest merchants. To say that he was a tycoon would not be an exaggeration.

A good bit of the Elston fortune was made in land speculation. Not a surprise as the Major had an eye for opportunity and a passion for money. As the first storekeeper in the new land office town of Crawfordsville, the Major spent a great deal of time in the government office perusing maps of the land that was for sale. He was interested in a port on Lake Michigan and bought some land in the area of what is now Chicago. When he rode there on his horse to inspect it, he was unimpressed on account of its swampy qualities. Elston next turned to a piece of land further east and developed and platted the town that became Michigan City. He went to New York City to sell the lots and, in usual Elston fashion, made a wagon load of money on the deal.

So why is Lands’End touting the Elston name? Their original business started on Elston Street in Chicago in 1963! The history link on their web site tells their interesting story.

Elston Street, Elston schools, the area of Lafayette, Indiana known as Elston – in short, there are many places in the Midwest which carry the name of Elston. The Major had significant land holdings in Indiana and Illinois, where he also developed the town of Kankakee. Easily considered the richest man in Indiana in his time, Major Elston had the gift of strategic vision, a strong work ethic and more than a little luck and timing!