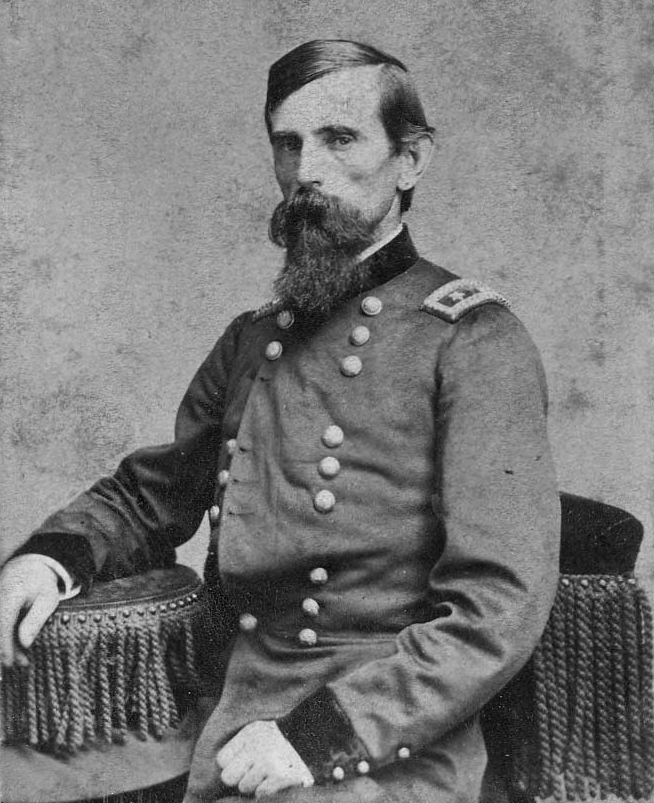 This week has been just chock full of Lew Wallace. So I thought I would share a little bit about this intense and intensely complicated man. Lew’s older brother David was a student at the new Wabash College in the 1830’s. Lew, it seemed, was missing his brother and decided on a whim to visit David in Crawfordsville. He hitched a ride on the back of a horse with his uncle and made his way to Wabash.

While some will say that Lew did not attend for any time or that he is not a Wabash man.  In what was perhaps a hopeful gesture on his father’s part, the school fees were paid for Lew. As a closer tie, Lew was awarded an honorary degree in 1881, just following his posting as Governor to Mexico.

This photograph of Lew Wallace was taken during the Civil War or, as it was known for years, the War of the Rebellion. Lew Wallace volunteered, along with many of his Montgomery Guards (young men of the town and the college who had been trained by Wallace in competitive military drills.)

AS to the Civil War, Wallace entered the fight with the enthusiasm of a young man. At the time of Shiloh Wallace was the youngest general in the armies of the north and off to a fabulous start as a young officer. Then came bloody Shiloh and while others have written more elegantly on this awful battle, I would like to say that historians are still discussing Shiloh and Wallace’s legacy in that battle.  One of those Civil War historians will be here on campus this Tuesday evening.

Here is a little snippet from the Wabash web-site: Author and noted Civil War historian Gail Stephens will discuss her new Lew Wallace book at 7:30 p.m. Tuesday in Salter Hall. Stephens’ talk will be titled “Rejected: How Lew Wallace Rebounded from Civil War Shame to Save Washington D.C.” Her new book is Shadow of Shiloh about Crawfordsville native Lew Wallace.”

Lew Wallace was an intensely complicated man with any number of pastimes, hobbies and avocations. All his life, even with his success the world round as an author, he worked to exonerate his good name. Shiloh haunted Wallace,  as it must have many a man who was there to see this awful place in the Civil War.

More about Lew Wallace next time….

ps Gail Stephens, the author of this latest book on Lew Wallace, will be in Indianapolis on Saturday at the Indiana Historical Society as a part of the Authors Fair and will be presenting at 1:30. Thouroughly versed in all things Lew Wallace, Gail will also be available to sign copies of Shadow of Shiloh.