What a week this has been….On Thursday I gave my first ever Chapel Talk, “Some thoughts on the History” not very original…but appropriate. It was really such an honor to be asked to speak in Chapel – if you would like to hear it, there is a link on the College You Tube page.

The next night the play that I have directed opened at the Vanity Theater here in town. The Women, by Clare Booth Luce is a play that I have wanted to do for years now. We started at the end of February and have been working hard ever since…We have an amazing cast – with a number of Wabash women and a number of local actresses as well. It has been a delight seeing them come together in a shared mission. There is a web story on the Women by Jim Amidon who, along with Jerry Bowie an alum and the manager of the Fine Arts Center, are my producers.

Here is a link to the story…

The thing that I love the most about this show is the way it has brought Wabash and Crawfordsville together at the theater…which is just the way it used to be. The Scarlet Masque at Wabash often featured a mix of town and gown. Productions were staged at the theater in the Masonic Temple downtown. The theater is still there…a couple of years ago theater intern Cody Grady [W2010] gained access to the space and I was lucky enough to tag along. That theater is amazing! It is a time capsule really…like the last play closed and the doors were locked and that was the end of it. Very cool!

Here is a photograph of the play Julius Caesar on stage in the Masonic Temple. 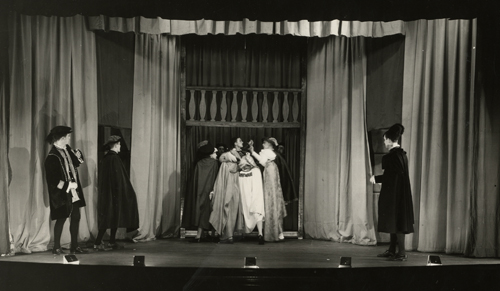 Here is a photograph of the play Detective Story on the same stage. 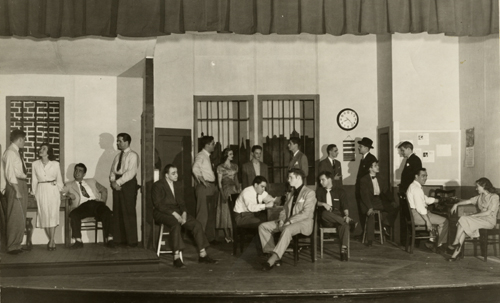 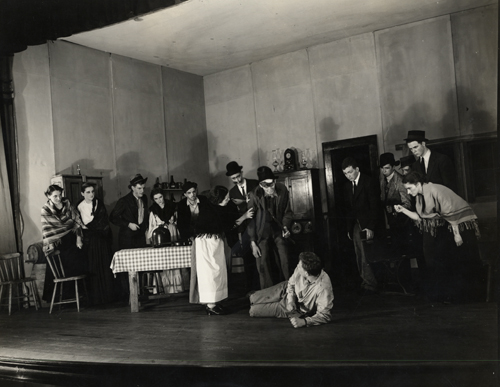 I love all of these because they are large casts and include a number of local folks as well as Wabash students. Such a nice tradition!