Last time I wrote about peeking into the past, using old photographs to take us to places and times that we would never see any other way. This week, I feel a bit like I have had an overload of peeking into the past. We have so many amazing images here in the Archives that it really is impossible to see them all. There are, though, some sets that are just unforgettable. The World War I photographic scrapbook of Milo Bushong [W1915] is one of those unforgettable collections. The images are just incredible, but a warning that they are also, some of them, incredibly graphic. 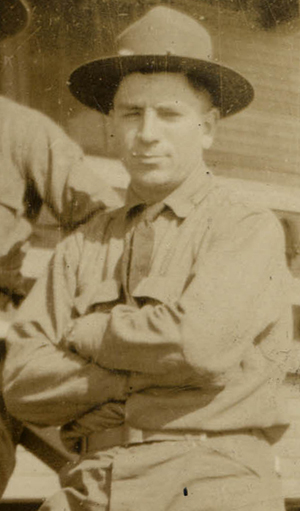 Milo Bushong was a captain and a dental surgeon in the Great War, as seen in the second photograph which is labeled “France, 1917.” The album is quite a mix of pictures – most were taken by Bushong, some are clearly pictures of other pictures as we can see the pins in the wall. There is also a group of pictures of German Troops and military locations which appear to have been purchased as a set. and they all have white numerals on the image. The picture below is one of this set. 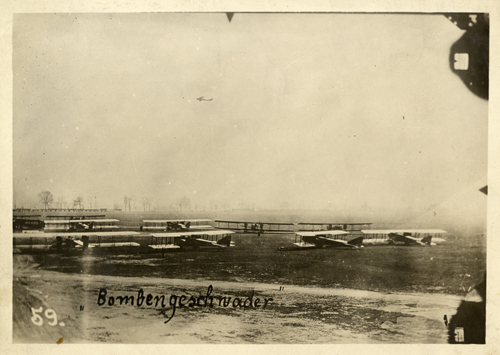 This photograph gives us quite a picture of life underground during the War. Among these images are other pictures of soldiers digging deep trenches, underground bunkers really, and reinforcing them with strong wooden posts. It is an engaging picture of life in a bunker. 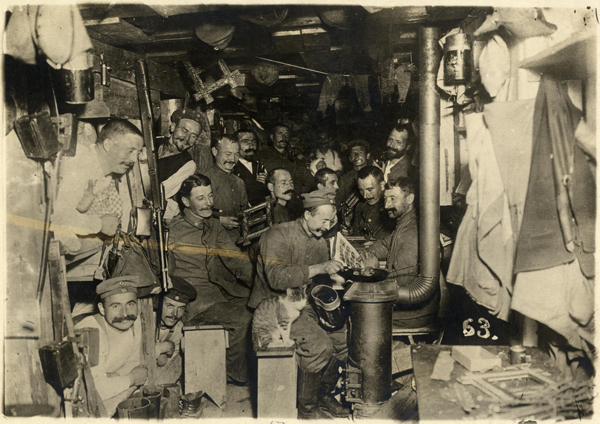 In this photo of General Pershing taken by Bushong we see Pershing engaged in an intense conversation. What catches me about this picture is not the two men, but the children in the background listening and watching so very intently. 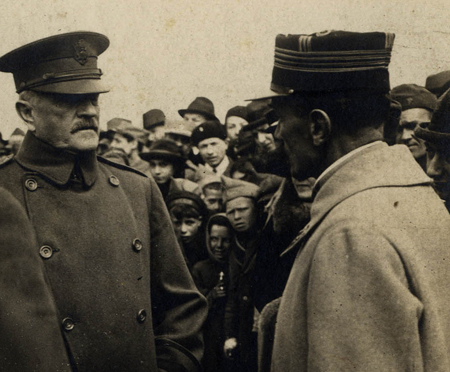 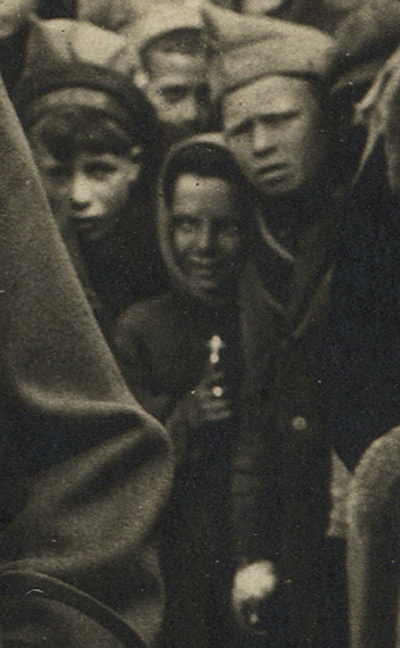 This collection has several pictures of airplanes, many on the ground, some shots taken from the air and a few, like this one, which show the fragility of these flying machines. 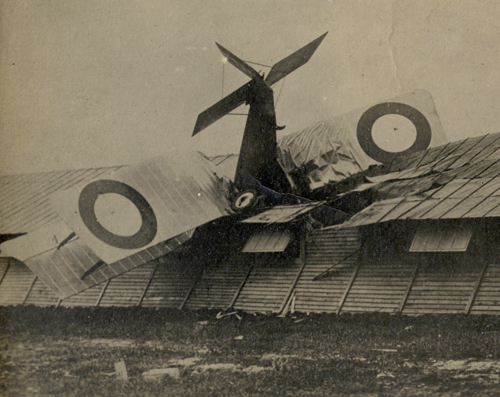 Tanks came to be a large part of the military arsenal during this war. Here we see two tanks zipping along while thousands of people crowd at the edges of the street. Unfortunately, these images are not labeled so we don’t know the back story of this shot. 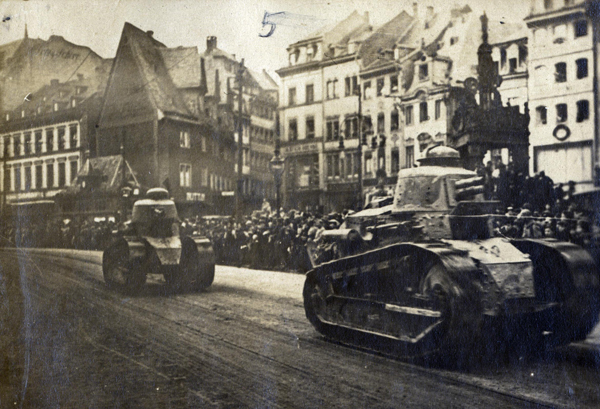 While the weapons of war were making broad advances technologically speaking, medicine was still decades away from any antibiotics to save the lives of the wounded. The results were heavy casualties – so heavy among the English that the phrase “the lost generation” was used to describe those who died. The photo below is of an ambulance corps loading casualties. 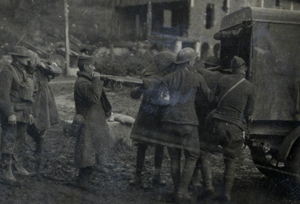 In this next photo, we see two soldiers carefully working among the remains of dozens of soldiers. The man on the left appears to be checking for indentification while the soldier on the right is making notes for future reference. Behind these two men we see row upon row of crosses as the beginning of a military cemetery is taking shape. This photo shows the side of war that we rarely see.  The crosses have a voice all their own. In this powerful picture, we are reminded of the costs of war. It really is impossible to see this image and not think of all of the friends and families who never saw their soldier again. 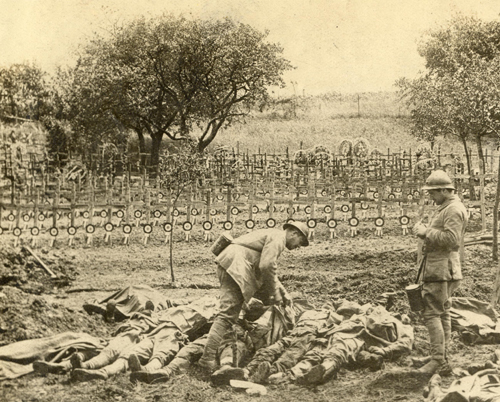 This scrapbook is truly a window into a different time and place. Photographs of World War I are always disturbing. I wonder if part of my unease stems from the fact that as terrible as this war was, in less than 20 years Europe was again engulfed in war.  The next war was even bigger and many of the strategies and weapons that were so fearsome in WWII were introduced and perfected in this war. Called the “Great War” at the time, the seeds of destruction that grew into WWII were sown here on these battlefields. It would take another great war, a world war, to put an end to this European conflict.

2 comments on “The Great War”