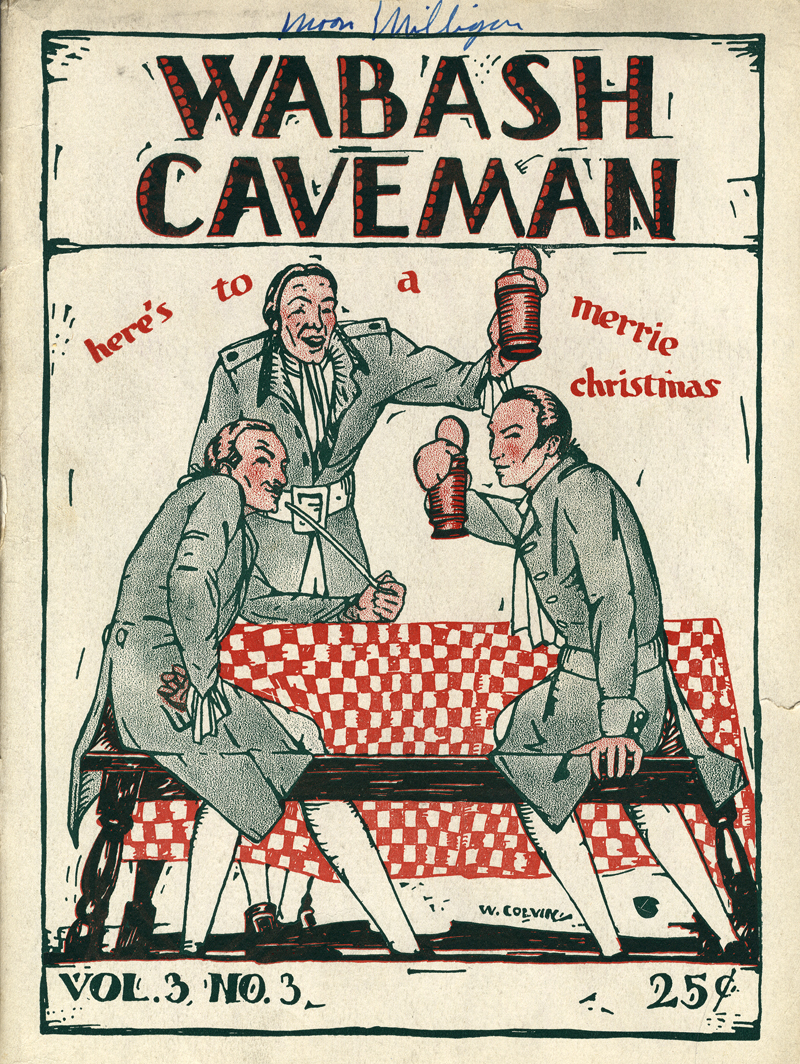 The Caveman cover of December, 1925 is a great way to wish you all a very merry season!

This cover, drawn by Wayne Colvin  is just delightful. Colvin was not a student at Wabash, but there was a Thomas Colvin in that same era, brothers, maybe? In the quest for more information I found that Thomas Colvin [W1928] was a swimmer who coached the swim team from 1926-1928. This was the first team, making Colvin our first swim coach. Our team swam at the YMCA here in town. The building is still intact on the SE corner of Pike and Green streets, near the [now gone] Strand Theater building. Here is a picture of that swim team. Tom Colvin is second from the left. 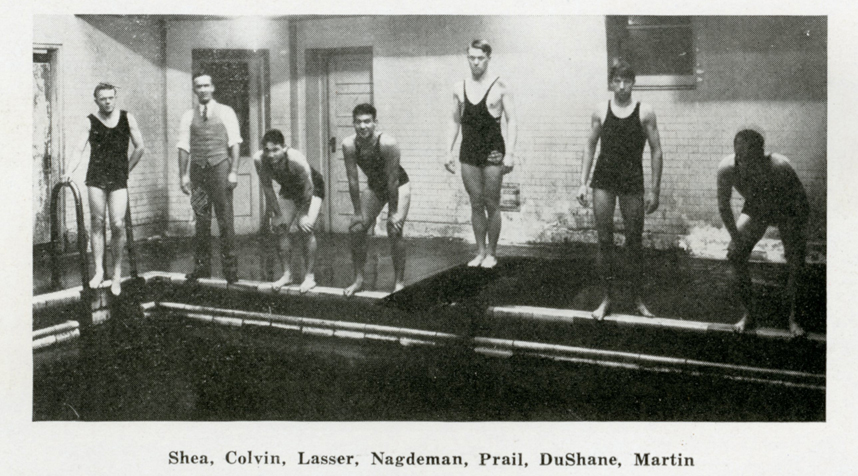 Wanting to see if there was any more information to be found on Wayne Colvin, I looked in the Bachelor for that era and found this… 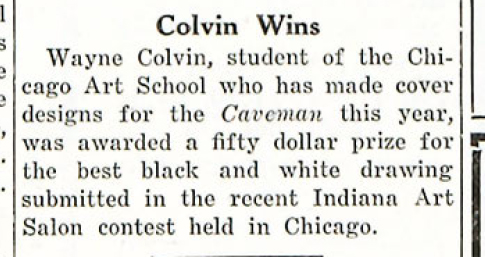 Clearly Colvin was a talented artist and this cover is just a delight! There are a few other stories in the Bachelor that mention that Colvin was doing the cover for other Caveman issues. The last entry notes that he is from Indianapolis. It was not uncommon for the staff of the Caveman to import artists, although they usually had some connection to Wabash. Whatever the connection, it is always a delight to page through those old Caveman issues. It was quite a publication!

I hope that you have enjoyed this little Christmas card from the Archives. Wishing you and yours all best in this holiday season.