At Homecoming this year there were a lot of things to celebrate. One of the real highlights of the weekend was the Glee Club alumni who returned to sing their hearts out. Their Friday night rendition of Old King Cole brought the crowd to its feet. As a part of evening, two movies were made. One for Homecoming traditions and the other a history of the Glee Club. In preparation for those movies, I spent a bit of the summer scanning images from the files on the Glee Club.

A neat series that I came across was from the Florida trip of 1970. 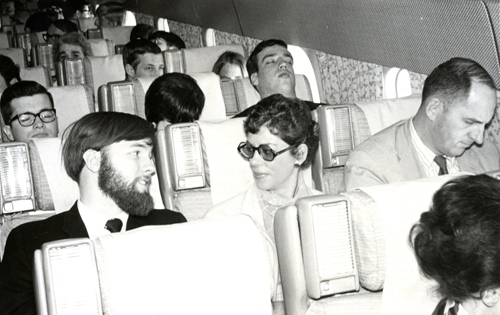 On the plane with President and Mrs. Seymour. 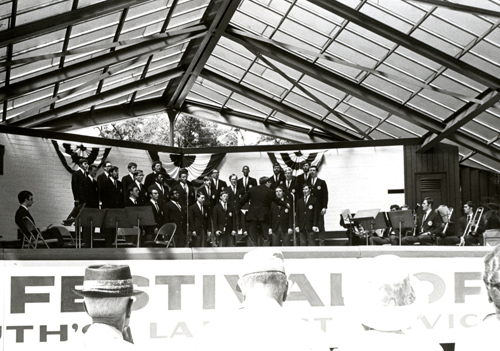 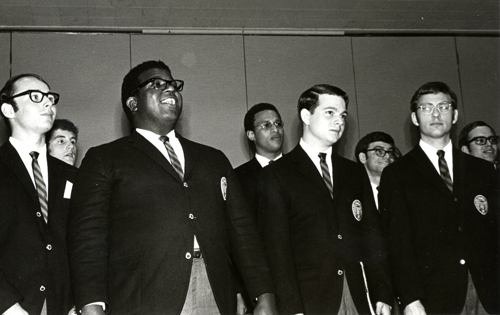 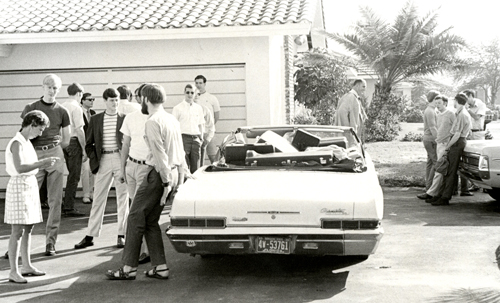 At a host house – love the car in the driveway! 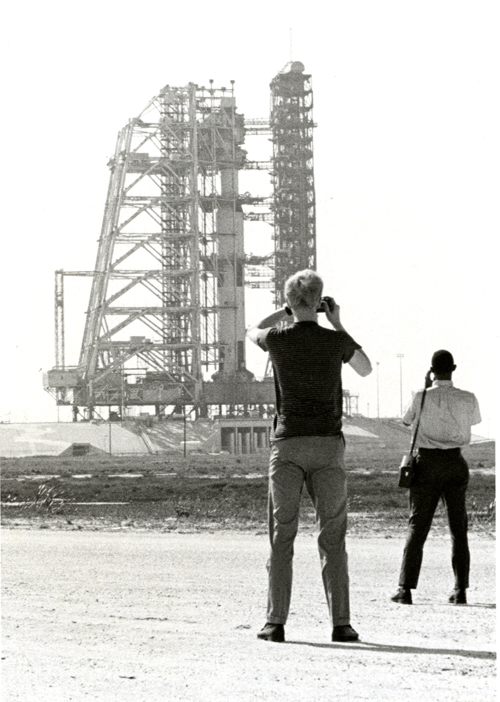 Apollo 13 on the Launchpad 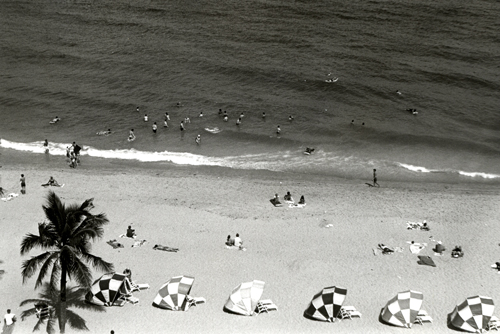 Relaxing on the beach

Glee Club tours clearly leave a big impression on the students. Even many years later the stories flow like they just happened yesterday. At Wabash now many students have the chance to travel in groups, learn new things, maybe even fly for the first time. Back in 1970 such trips were limited to the Glee Club and athletic teams. Today it is called immersion learning and is highly valued.  How nice for the students of today to have so many more opportunities.