The magic of primary sources…

At the beginning of April the Ramsay Archives welcomed Anita Harris’ fifth grade class for a session on one of our treasured primary sources, a letter from George Washington. This letter was given to Wabash College by Bill Hays’ mother in the 1950’s. We know that it is authentic because Bill graciously paid to have it authenticated for the college. The gifts of time, talent and treasure given to this old college by the Hays family are a subject worthy of a long post, but I do want to share the delight that this particular gift inspired in our visitors.

My daughter Betsy is a student in Mrs. Harris’ fifth grade class and they are studying the Revolutionary War. During class, Betsy mentioned that we had a letter from George Washington. Anita contacted me about a visit to the Wabash archives for her students. A date was set and Linda Petrie and I started brainstorming on the sorts of things that we might pull out of our collection to share with these kids.

The letter from GW is a fascinating record in that it was written in March of 1778 in response to a resignation from the army’s officer corps. Here is a scan of this incredible document. 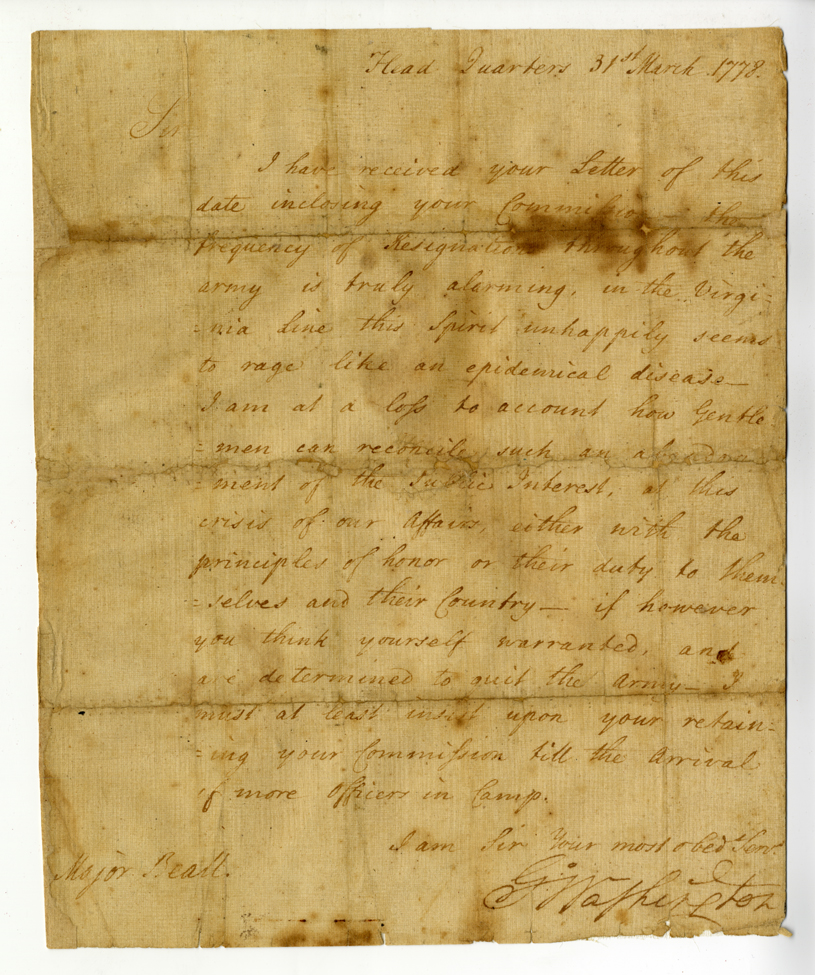 For the visit, I really wanted to bring this letter to life for them. What could we learn about this letter? I created a handout for each student with a full color copy of the letter, a transcript of the letter and a short list of questions.

Here is the transcript:

I have received your Letter of this date inclosing [sic] your Commission. The frequency of resignations throughout the army is truly alarming, in the Virginia line this spirit unhappily seems to rage like an epidemical disease – I am at a loss to account how Gentlemen can reconcile such an abandonment of the public interest. At this crisis of our affairs, either with the principles of honor or their duty to selves and the Country – if however you think yourself warranted, and are determined to quit the army – I must at least insist upon your retaining your commission till the arrival of more officers in Camp.

I am Sir Your most Obed. Serv.

Our first question to answer was, “Where was Washington’s HQ in March of 1778?” The answer was Valley Forge! We then discussed the writer, the recipient and the conditions in Washington’s army at that time. I asked the students to think about tone – what sort of mood was Washington in when he wrote this letter? Then we discussed word choice based on what I had just told them about the previous winter for Washington’s army, we noted the words “alarming”, “abandonment”, “crisis”, “quit”,  and in particular the phrase, “…rage like an epidemical disease.”  We agreed that these words tell us a lot about Washington’s state of mind at this time. Over the winter he had lost thousands of troops to hunger, disease and the elements. Today we might say he was at the end of his rope .

It was quite a success! Each student had their handout, a pencil (this is the archives…pencils only please:~) and a good thick book to use as a lap desk as they sat on the floor. When they were finished with the GW portion of the visit, Linda Petrie (former government documents librarian and now working here in the Archives) directed them to stop a minute and look at the book they had been using as a desk. They were special too, she added. Turns out that Linda had pulled some Civil War bound government documents for the students to use. They had been nicely rebound in the not too distant past and looked like any mid-20th century library book. The students were delighted that they could hold old books and that this paper had been around since the Civil War. Wow!

We moved to the next portion of the visit where we had set out two long tables full of other items for the students to see. Among these items were a Lincoln Civil War commission, a leaf of the Gutenberg Bible, dance cards with pencils still attached, postcards of Crawfordsville, old Wally Wabash, invitations to visit with the President and Mrs. Franklin Roosevelt at the White House and a Bible that pre-dates the King James version. We had so much fun sharing these odds and ends with these bright kids.

But without question, the best things to come from the visit were the thank-you notes from Mrs. Harris’ class.

Here are some pictures of the items we received… 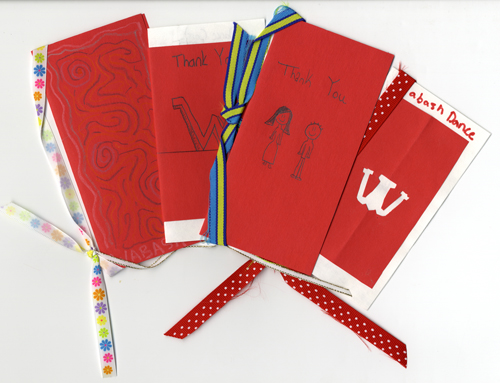 Clearly the dance cards made an impression as the majority of the thank you notes were created as dance cards. 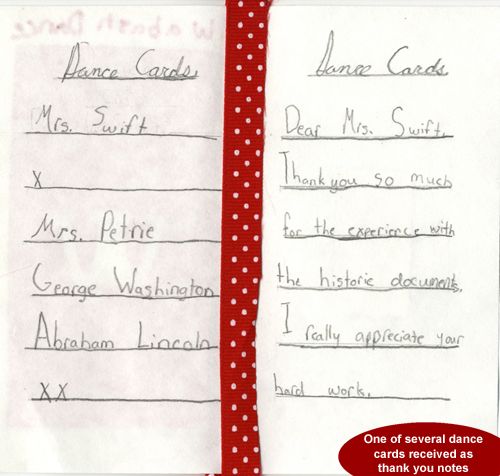 Some other students created post cards and a couple made little books as their thank yous. The package came in a large brown envelope, also decorated by one of the students. Here is her interpretation of the day… 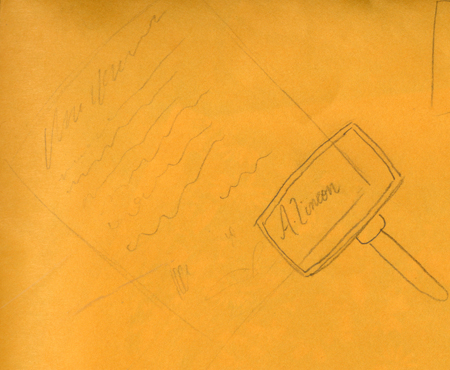 As you can see from this remarkably accurate drawing, we displayed the Lincoln commission along with our magnifying glass for the students to study the 16th president’s signature. 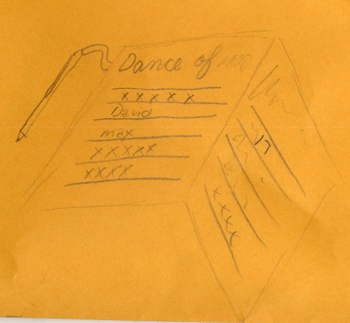 The dance cards also figured prominently on the envelope. The artist had also drawn one of the images from my power point presentation. Really quite a summary and then I noted this little picture in the far lower left corner… 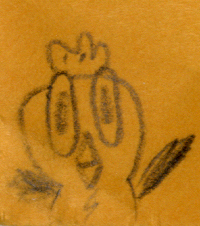 Not just another picture, this is the signature of a budding artist. The young lady that drew all of these pictures is very fond of chickens and left this clue as to her identity. As you can tell, we had some fun that day. The students learned a bit about primary sources and how to untangle them and also that archives are not all dull and dusty. And, speaking for both Linda and me, the thank you notes were the icing on the cake!