While researching a query, I came across this interesting snippet from the Wabash alumni magazine  of the 1920’s and thought it might be fun to share it. The photograph below is the senior photo of Joseph Nelson Rose [W1885] the first president of the Washington Association. 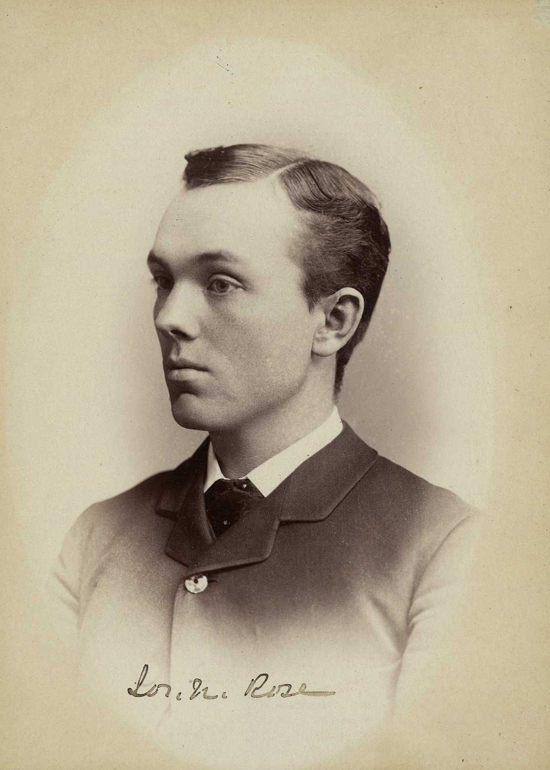 “The Washington Chapter of Wabash Men was organized at a luncheon held January 31, 1921, in the private dining room of the Cosmos Club, Washington, D.C. Cordial fellowship and quiet dignity distinguished the meeting, not even one “Yea Wabash” being given. But this lack was more than counterbalanced by the deep meaning of “Alma Mater,” which seemed to hover like a good spirit over the board. Twenty men attended, including Martin A. Morrison, president of the Civil Service Commission, who is not a Wabash man, but whose son is a graduate of the college.

Dr. J,N. Rose, ’85, of the New National Museum (Smithsonian), and international authority on the cactus, opened the meeting as chairman of the committee on arrangements.  Vice President Thomas Riley Marshall, ’73, was made chairman of the meeting. Mr. Marshall said that he hoped in prosecuting the Wabash endowment fund Wabash College will never forget her old traditions.

Dr. George Mackintosh, president of Wabash, in briefly explaining to the Washington Alumni the objects of the movement, took occasion to state the ancient traditions of government, the tradition of sound learning and the ancient faith, will ever be the principles of Wabash College, and the endowment fund will in no way mitigate against them.

Dr. Mackintosh then suggested that a Wabash association be formed. Upon motion of Vice President Marshall those present resolved themselves in to the Wabash Chapter of Wabash Men, which name met with the approval of Dr. Mackintosh.

The meeting adjourned at 3 o’clock, but not until all had expressed their opinion that the meeting was the finest of its kind ever held in the National Capital, and the determination to keep the organization alive, now that it is formed after so many years….” 03/1921 Wabash Record-Bulletin.

The Washington association is still alive and meeting on a regular basis, although it is now known as the National Capital Association of Wabash Men and serves as a reminder of the many other alums who have lived and worked in D.C.