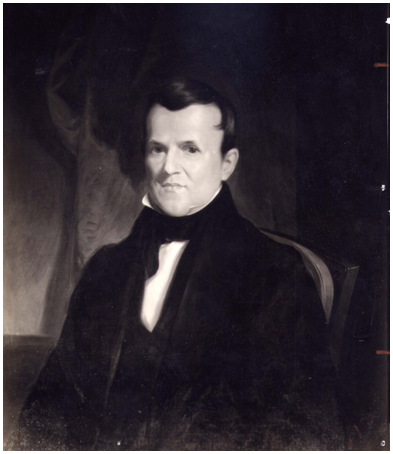 A successful minister at an elite church in New York City, Baldwin responded to Hovey’s plea and in 1835 came to the West to head this new college.

Baldwin was much loved by his students and a significant asset in fund raising. He taught philosophy and political economy.

His portrait on campus was painted by Samuel F.B. Morse, inventor of the telegraph. Morse’s brother was a dear friend of Baldwin’s. (for more information on this portrait and these two friends you might want to read this previous posting…