Just this week I had a request for a scanned copy of Bob Petty’s 1982 LaFollette Lecture, “The Margins of Knowledge”  and another request for a copy of a later lecture in this series. These two requests caused me to think about all of the other LaFollette lectures over the years. This series is a source of deep, engaged thinking. Each year one speaker is chosen from the faculty to present a lecture. It is an honor and, based on those who have spoken in prior years, I would think it might be a bit intimidating…These requests also caused me to think more about the man whose name is on the series…Charles DeVon LaFollette. 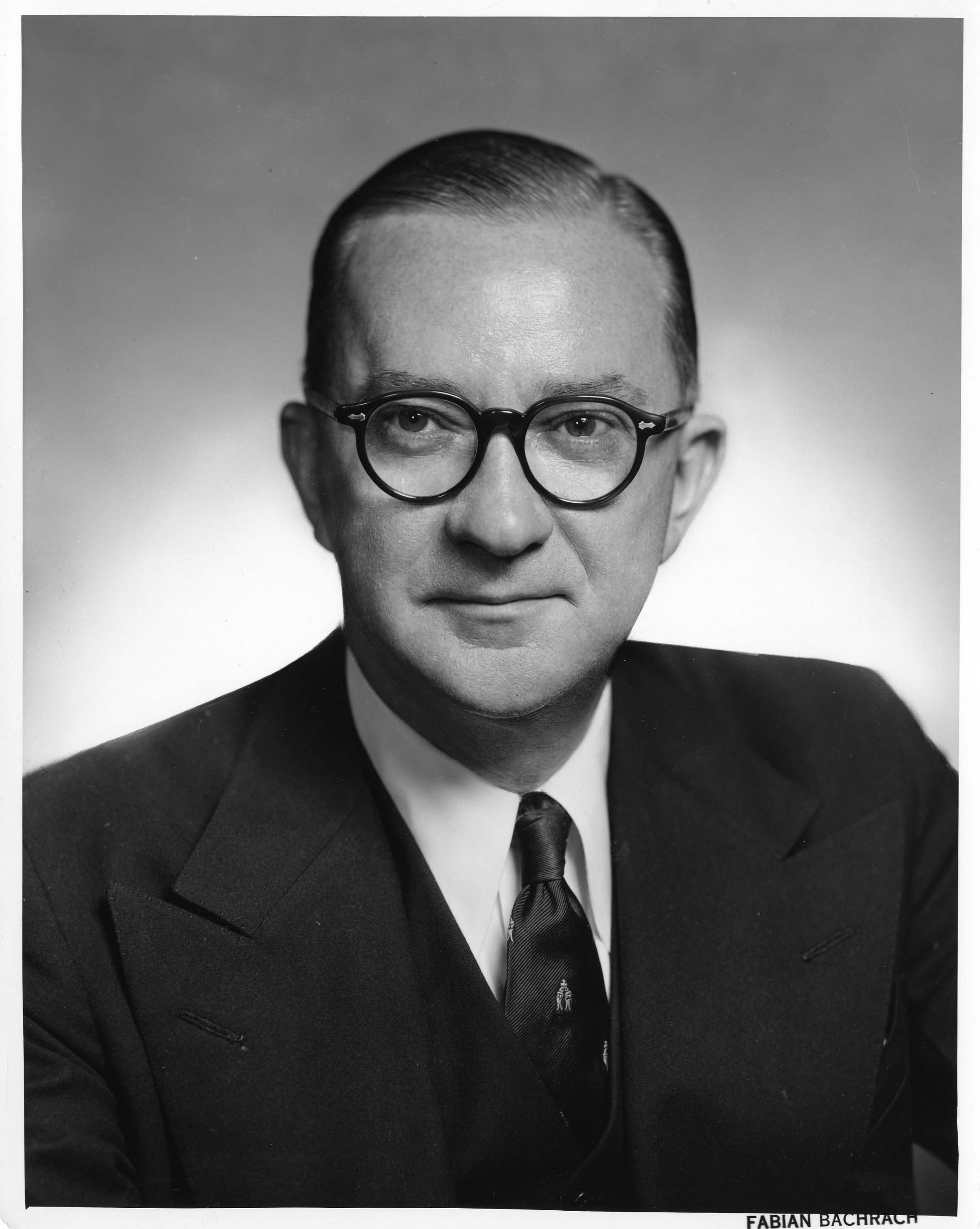 Lafe, as he was known to his friends, was born in Thorntown, Indiana, a very small town in Boone County. He graduated from Thorntown High School in 1916. At Wabash he was a member of the Beta Theta Pi fraternity, Managing Editor of the Bachelor, student director of the Glee Club and a leader in the Wabash Players, the forerunner of the Scarlet Masque theater group and elected to Phi Beta Kappa. LaFollette stayed a fifth year and earned his master’s degree at Wabash before heading to Harvard. At Harvard he earned his M.B.A. and was asked to stay, at first as a researcher. In 1925 was appointed Assistant Dean of the Graduate School of Business Administration. Following his Harvard years, LaFollette worked as Assistant to the President of the Bobbs-Merrill publishing company in Indianapolis.

The scene changed from Indianapolis to Corning, NY where this smart young man quickly rose through the ranks at Corning. Starting as sales manager of the Pyrex division, he was elected Treasurer in 1939 and by 1943 was the Vice President and Director of Sales. By 1946 Lafe was a director of the company. When he retired in 1964 he continued on the Board of Directors of Dow-Corning. LaFollette served as President of the Corning Museum of Glass and was a Trustee of the Corning Glass Works Foundation.

Yet through all of his success, Wabash was always a part of his world. In 1952 Lafe became a Trustee of Wabash College. He served for 25 years and in 1977 stepped down from the Board. It was in this year that the first LaFollette lecture was presented at Wabash. He and his wife also established the Charles D. and Elizabeth S. LaFollette Distinguished Professorship in the Humanities, first held by Eric Dean. It is a distinguished list as first Raymond Williams and then Bill Placher followed  Dean. Leslie Day  an archaeologist with significant excavations in Greece and professor in the Classics department served as the next LaFollette from 2009-2011.  This highly prized chair is currently held by theater professor Dwight Watson.

Lafe loved this place and Wabash rewarded him for his good work. In 1956 he received the Alumni Award of Merit and in 1967 he received the Doctor of Humane Letters degree from President Paul Cook. On his retirement from the Board in 1977, faculty member Bert Stern presented, “The Businessman as Poet.” The lecture was at 4pm and was followed by a dinner. Ben Rogge spoke after dinner and ended his remarks with this toast, “To our friend, Lafe LaFollette, then, I propose this toast: May those who teach and those who learn at this college and those who guide its destinies in the years ahead be forever mindful of your example, forever aware that the finest product of a liberal education is that rarest of creatures, a truly civilized human being.”

What a lovely thought!