Whose bell is it anyway? 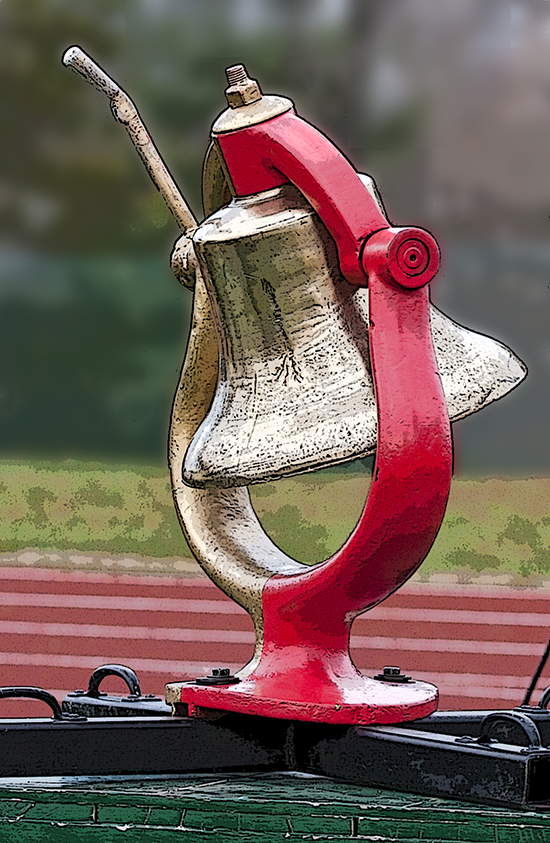 What a rich set of traditions surround this game! The rivalry goes back a long way and the Battle for Bell is a part of every Wabash man’s history since 1932. We are always proud to display the bell and like to think of it as ours…this is just as it should be since the bell was given to the rivalry in 1932,our centennial year! It seems a fitting 100th birthday present.

So here is a funny story about the bell and the archivists of Wabash and DePauw…Wes Wilson, the archivist at DePauw is just a great fellow who is universally respected for his archival knowledge and superior management skills – the Archives at DePauw are just a wonderful resource! No surprise to me then when I saw that Wes was to speak at the national convention of the Society of American Archivists a couple of years ago as he is that prominent in the field. I entered the room along with about 30+ other archivists and prepared to listen to Wes as he spoke about accessioning – the process in which an artifact or collection becomes a part of the archives. Really a great presentation on the nuts and bolts.

Things were going along swimmingly until Wes showed a slide of an accession, complete with number, of the MONON BELL!!! Now hold on a minute I thought – you can’t accession that bell – you don’t own it and only have it on your campus from time to time! Being polite, as I am, I thought it best to wait until the end of his presentation – but then I pounced!

Wes, with his typical friendly smile saw me approach and, of course, knew what was to come next. He offered that of all the archivists in the world to pop into his presentation – there was only one who might object at his use of visual aids – me!   Wes explained that he had simply used the bell as a demonstration item and we declared no harm, no foul in this instance and laughed heartily over the affair.

So a salute to Wes and his good work at DePauw BUT let’s just make sure that the bell returns to Crawfordsville where we can keep a close eye on it!!

Best,
Beth Swift
Archivist
Wabash College
In the beginning…
Peeking into the past…

3 comments on “Whose bell is it anyway?”