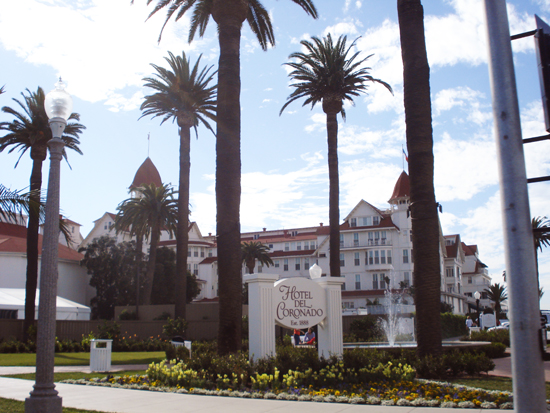 San Diego is one of my favorite places to visit and while there one of the best places to visit is Coronado Island. Here is a story about the Wabash connection to that lovely place from an earlier post to my blog, Dear Old Wabash.

Coronado is full of beautiful homes, a fabulous public library, and the jewel of the island the Hotel Del Coronado. The Del, as it is called, is a big old wooden hotel like no other. All white frame and red roof, it was intended to be the world’s largest beach hotel. “Too good to be true,” was how it was described at the time and almost exactly how I would describe lunch at the “Del” followed by stroll through the grounds.

While visiting there, I noticed the name of one of its founders, Elisha Babcock. I recognized this name as connected to business in Indiana and so, being the curious type, I dug a little deeper. Along with Babcock, who was from Evansville, Indiana there were a few other founding investors in Coronado Island. Among the names listed on the original documents of the Coronado Beach Company was a fellow Hoosier and a Wabash man – Josephus Collett [W1857].

Josephus, along with his brothers John and Stephen, attended Wabash in the mid-1800’s. John Collet [W1847] was a well-known geologist in the state of Indiana – here is a link to a post about his survey of Montgomery County, home to Wabash: https://blog.wabash.edu/dearoldwabash/2010/11/22/collett-a-scientist-and-a-poet/

Josephus Collett made his money in real estate and railroads. In a biographical piece it is noted that he had real estate interests in New York City, the Adirondacks, Chicago, Minnesota, Florida, Indianapolis, Texas and San Diego, California – and lived in Terre Haute. 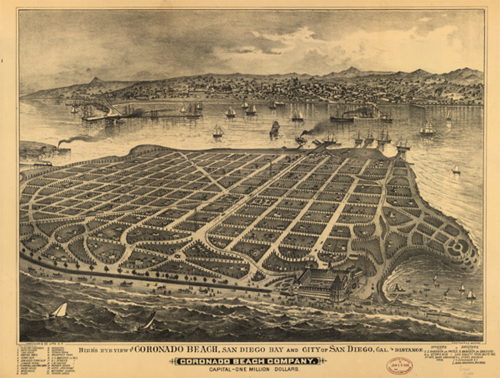 Three investors bought all of Coronado for $110,000 in 1885. Further capitalization was needed to attain the lofty goals of these three investors so Babcock brought in other investors including Josephus Collett, described as, “a railroad stockholder.” These men put together a million dollars and founded the Coronado Beach Company on April 7, 1886.

This excellent bird’s eye view map from the collections of the Library of Congress shows their venture in its earliest days. To the right and below the image of the island is a listing of the officers of the company which includes Josephus Collett of Terre Haute, Indiana. The architects of the Hotel del Coronado were also from Evansville. Equipped with all of the modern conveniences of the era, the Del was the first hotel to be wired for electricity while under construction. Thomas Edison was a consultant on the project.

Josephus died in 1893, at the age of sixty-two, having served Rose Polytechnic as President of their Board of Trustees following the death of his friend Chauncey Rose, the founder of the school we know as Rose-Hulman. Collett’s will endowed the Josephus Collett Chair of Mechanical Engineering at Rose.

Those who are familiar with the history of Wabash know the name of Collett – there is the Collett Tennis Center, a Collett Chair of Rhetoric and – as the Phi Gams know – the owls on the front of their new house were purchased by John Parrett Collett [W1924] and donated for the old house. This same John Collett, President of the Board of Trustees of Wabash College for 10 years from 1965-1975, was the great-nephew of Josephus Collett. 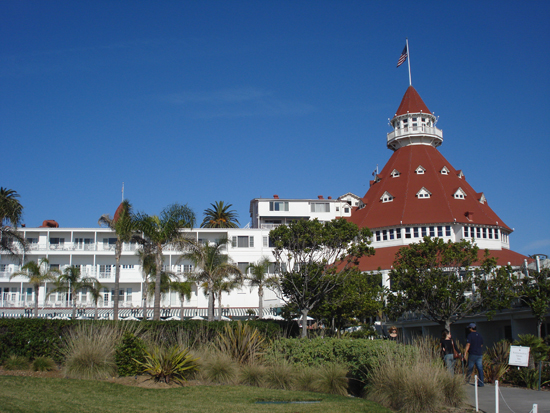 If you have the chance to head to San Diego, stop into the Hotel Del Coronado and admire the fruits of Josephus Collett’s investment. It really is a place like no other!

For more on the history of this great old hotel:

For more on John Collett, geologist: