As Wabash Magazine debuts its Great Northwest issue, this blog will look at three other Wabash men and their substantial contributions to the history and culture of that area.

Charles Stewart Vorhees, born in nearby Covington, Indiana in 1853 attended Wabash from 1870-72 before heading out to the Washington Territory. He attained some prominence there and was elected as the Territorial Representative to the 49th and 50th Congresses of the United States. Vorhees served from 1885-1889 when he was defeated by another Wabash man…

John Beard Allen [W1865] was the son of a Crawfordsville doctor who had also attended Wabash. He attended for two years as a prep student and two years in the collegiate course before mustering into the Indiana Volunteer Infantry. After the war, he moved with his parents to Rochester, MN where he worked for a time and then read law. He studied the law briefly at Michigan State and was admitted to the bar in 1869. He moved to Olympia, Washington in 1870 where he began his practice in a “public reading room”. He must have been a talented fellow because it was reported in the papers that despite his youth and no real connections, his practice grew quickly. He was soon considered one of the “ablest lawyers in the Territory.”

In 1875, at the age of 30, Allen was appointed U.S. Attorney for the Territory by President Grant and served for ten years. He was also the Reporter for the Supreme Court of the Territory from 1878-1885. He was a Republican and served a brief stint as Representative to the 51st congress before being selected to serve as the new state’s Senator from 1889 to 1893. When the state legislature failed to appoint a new senator, the governor appointed Allen. After a lengthy fight, the senate refused to seat Allen and Washington was without one of its senators until 1895. When the Washington state legislature appointed Allen’s successor, oddly enough, it was another Wabash man and Crawfordsville native, John Lockwood Wilson. 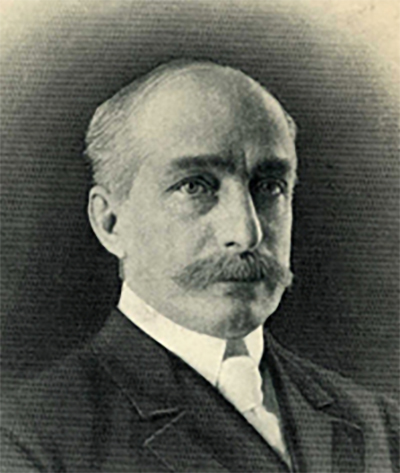 John L. Wilson (pictured), born in 1850 and graduated from Wabash in 1874, was the son of James Wilson [W1842]. The father was a Mexican War veteran and a Republican who served two terms as a congressman from Indiana. After serving in the Civil War, James was appointed Minister to Venezuela, but died in Caracas in 1867.

Following his graduation in 1874 John Wilson went to Washington D.C. to study law and was admitted to the bar in 1878. He practiced in Lafayette, Indiana for two years, then returned to Crawfordsville. In 1880 he was elected as a representative to the Indiana legislature where he made a lasting friend in Benjamin Harrison. Through Harrison, young Wilson was appointed the Receiver of Public Money for parts of the Washington Territory.

Wilson settled in Colfax but later moved to Spokane Falls. When his term as Receiver expired in 1887, he stayed to practice law in Spokane. In 1889 he was elected the new state’s first Representative to the U.S. Congress. He resigned his house seat in 1895 to serve as Washington’s Senator, which post he held until 1899. When Wilson returned to Washington state, he became the owner and publisher of the Seattle Post-Intelligencer from 1899-1912. Wilson died in 1913 and is buried in Crawfordsville near his father.

As so many Wabash men have done since that time, these three alums sought and made their fortunes in the Great Northwest. The stories of Wabash men never cease to amaze me and I delight in sharing them with the world, or as the song says, “to spread the fame of her honored name…”