As Archivist of Wabash College I am forever surprised by the stories I encounter of our alumni. Truly, these good men pop up all over the world and in all sorts of interesting professions. This post is yet another story, new to me, and full of interesting information. Lee Orean Smith was the son of a local merchant and a member of the Class of 1895. His father was Robert C. Smith who was a druggist here in Crawfordsville. Some readers may remember the old Gold and Blue drugstore, later Joe’s Market and the College Street Deli on South Water Street near the old CHS. Lee attended Wabash as a student in the preparatory department, as did many local fellows. However, Smith did not stay at Wabash, but transferred to DePauw to study music. Now before we get too excited, it was simply because Wabash did not offer the classes he needed to pursue his life’s ambition. In the early 1890’s Wabash did not offer classes in either music or art. I mention these two areas as Lee Smith was an incredibly talented fellow who excelled at both.

So talented, Lee could have made a living as an artist/illustrator. Here are several scans of his artwork, taken from the Ouiatenons of 1893 and ’94. 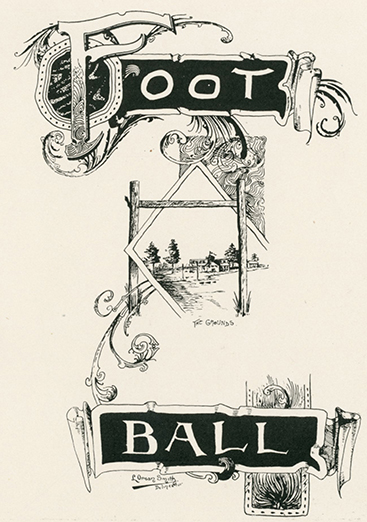 This first page is all Smith, he drew the header and the footer and a closer look at the central portion of the page shows us the Wabash College gymnasium and athletic field. Historically accurate down to the small sketch of Forest Hall just to the right of the goal posts. Forest was moved around campus a bit before settling in its current location. Here is a closer look. 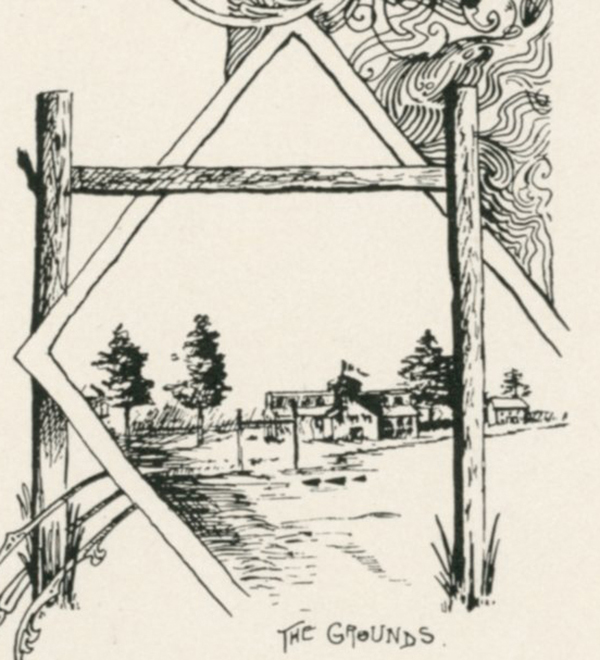 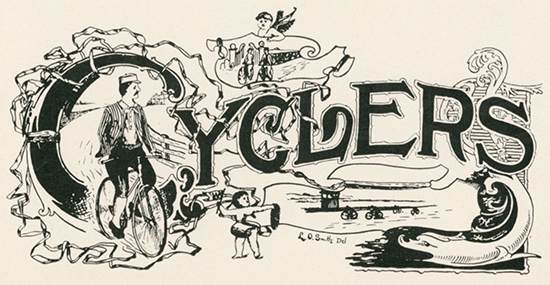 The most delightful aspect of these drawings are their whimsy and tremendous detail. Each of his sketches are exceedingly clever, and more so the more time is spent with them.  The next image was drawn for the page of the NHS and features a cow, a horse, ten owls nicely line up on a branch and a budding scientist is napping under the tree. Just below that is a banner for the odds and ends page. Again his wit shines through in the miscellaneous items he sketched in the barrel, and out of it. 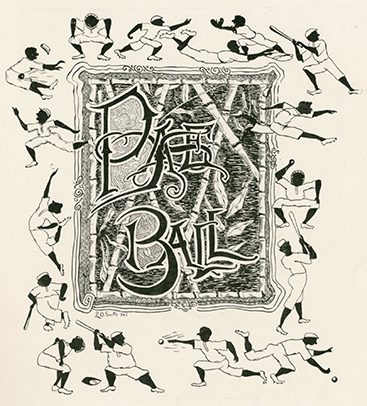 Perhaps his most impressive Ouiatenon sketch was the one above created for the baseball section. His work really brought this annual, published by the Junior class, to a higher level. But my personal favorite is this little section of a larger page. Is that him by the fire? In a photocopied picture of him, he is sporting quite the handlebar mustache, as was the fashion at that time. I believe that it is a sketch of the artist, plucking away at his guitar, warmed by the fire. 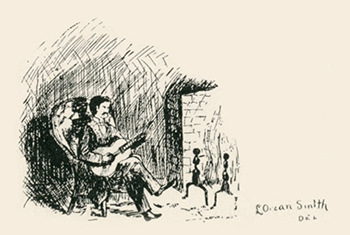 All of this artwork aside, Smith’s chosen passion was music. Smith’s father, Robert was an extremely talented musician who played with several local groups. It was said at this time that the Crawfordsville Orchestra was equal to any in the Midwest. Often Lee would also play with various bands in town. It is clear that music came second nature to him. He played the violin, viola, cello in his father’s orchestra and, lest we doubt his talent, in the town band he played in the brass section on whatever instrument was most needed. He left Wabash and enrolled in the DePauw Conservatory, where he completed their coursework in record time. After graduating from DPU, he taught music for a time in Indianapolis. He found that teaching was, “too slow for him…” according to an article from the Metronome magazine of March, 1932. Smith’s response was to take work as an orchestra conductor, “…in every city in the country of over 5,000 in population, waving the stick for concert, musical comedy, light and grand opera for some fifteen years.” Smith traveled until he decided he had traveled enough and wanted to settle down. It was at this point that Lee Orean Smith truly found his calling, as a composer of music. Here are several scans of his sheet music that we have here in the Archives. 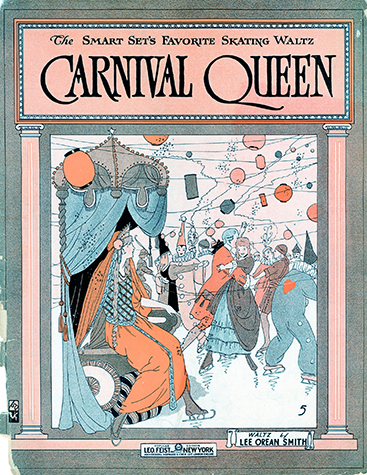 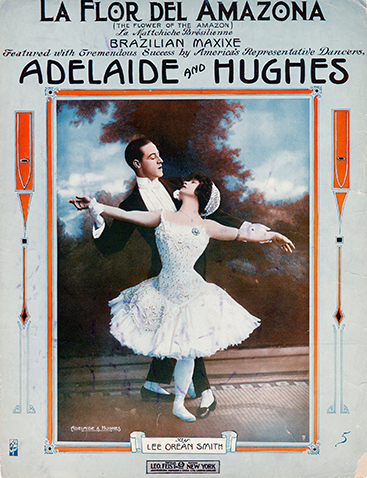 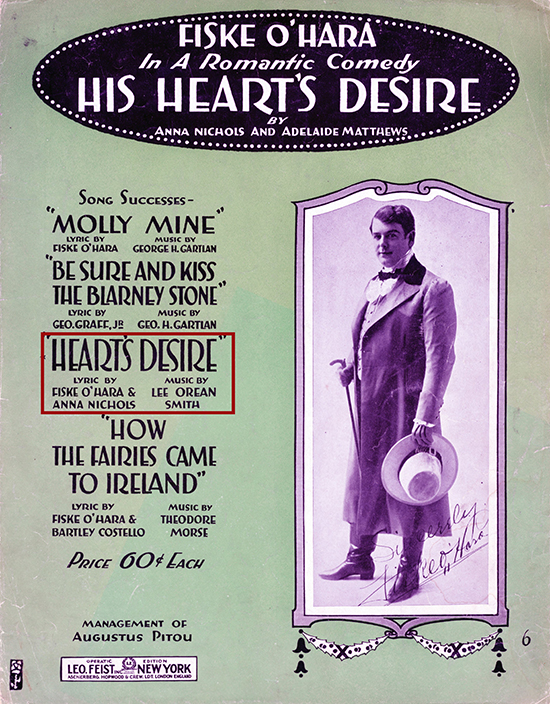 In all, Smith wrote music and/or lyrics for several hundred published songs. As a part of expert testimony in a copyright case in 1917 Smith said his output to that point was in the neighborhood of four or five hundred songs, the majority of which were published. As Smith continued to work in Tin Pan Alley for at least another couple of decades, it is sure that his body of work runs to even higher numbers. Some pieces were published under an alias as we see in the piece below. 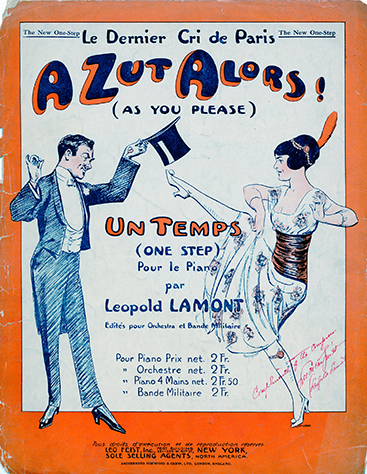 Down in the bottom right corner there is an autograph. Here is a closeup of that inscription. It says, “Compliments of the composer Lee Orean Smith (Leopold Lamont).” 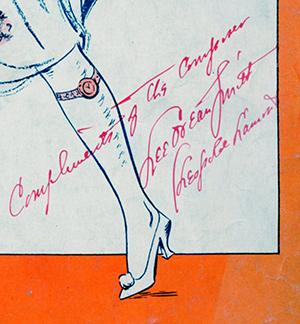 A tremendously talented fellow with an amazing body of work. While researching for this post, I came across a sound clip of one of his songs. It reminded me of the music one might hear on an old-fashioned merry-go-round. It may be hard for us to process an appreciation of the importance of sheet music in the time before tv and the internet, even before radio. This was a time when there was a piano in most parlors and fun was had by playing and singing along to these hits out of New York’s Tin Pan Alley.  A composer as prolific as Smith was quite well known. Here is a link where you can hear one of his pieces.

Lee Orean Smith was a very talented man with a tremendous body of work in the musical arena, isn’t it nice too, to see his artistic talent. Truly it seems that whatever Lee touched he excelled at. Truly a great Wabash story!

A life of service – Some Little Giant!
President Thaddeus Seymour – gone, but not forgotten…