So often as we look back over our history, things seem to make sense and fit nicely into our perception of the Wabash Campus. There are a small number of buildings that house classes. There is Center Hall, built in three stages and serving as home to the Administration as well as the Philosophy, Religion and English departments. The buildings on campus just seem to all make sense. That is the result of careful planning and strong determination.

When I first saw the image above, I was rather put off by it. It is one idea that was pursued when it was clear that the old Armory/Gym combo was not adequate to meet the needs of Wabash men. Solicited in the mid-60s, this drawing shows a dome like bubble which comprises the fieldhouse. We can see the football players on the field and at the right is, I believe, the swimming pool.

And yet, we have no building that looks anything like the drawing above. How did this happen? We can ascribe it to one man with a passion for a certain sort of architecture and very deep pockets. That man is Lee McCanliss [W1907] a lawyer in NYC and former President of the Board of Trustees. McCanliss did not care for modern architecture, what he liked was what architect Eric Gugler’s firm offered.

Eric Gugler was a prolific architect with strong connections to the Roosevelts. He designed FDR’s Warm Springs retreat, rebuilt the West Wing and designed a WWII memorial in Italy [a marble duplicate of our brick Sparks Center] and, on cmapus, Waugh Hall, Sparks, Lilly Library and Baxter Hall. It was the New York Wabash men who brought Gugler to campus for the first project, Waugh Hall. Due to a funding constraint, the money given to Wabash College to build a new science hall had to be utilized by a certain date. With first the Depression, and then WWII, the time to build came hard and fast on the heels of the end of the war. Lee McCanliss was the president of the Board and brought Gugler to Wabash. After Waugh Hall, the Campus Center was next. And so it is that much of what we think of when we think of Wabash was designed by Gugler.

Fast forward to the mid-60’s and the talk of a new sporting complex and the modern design above….Lee McCanliss was so put off by this design that he donated a great deal of money to the project, on the condition that he get to pick the architect. He chose Gugler. 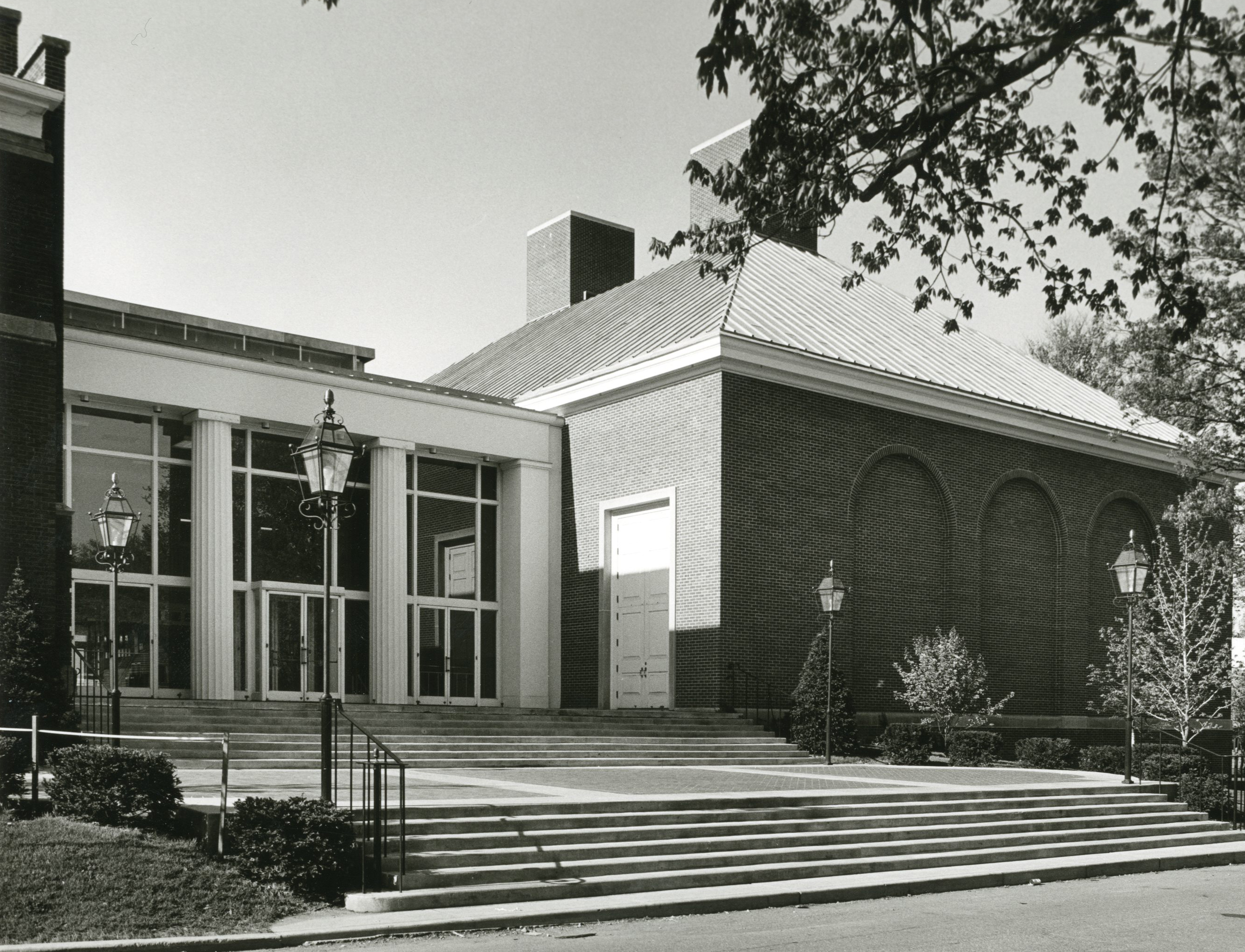 This is the McCanliss Athletic Center as completed and dedicated in 1968. The picture above is the north entry, about where the main entry for the Allen Center is today. In constructing the Allen Center in the 1990s the McCanliss facilities were built around and enclosed. The complex has grown a lot since that time and continues to grow. The students really seem to love it as it receives high marks among small college athletic facilities.