The founding of The Bachelor

The last Dear Old Wabash post was a celebration of the student newspaper here at Wabash, The Bachelor, which has been around for 110 years. In this post, we will look more closely at the club that started the drive for a paper, the founding meeting, and the founders. Here is an account of the meeting that began this venture, told many years later by Harold Hawk, Wabash class of 1911 and later an assistant professor of English at the University of Colorado. 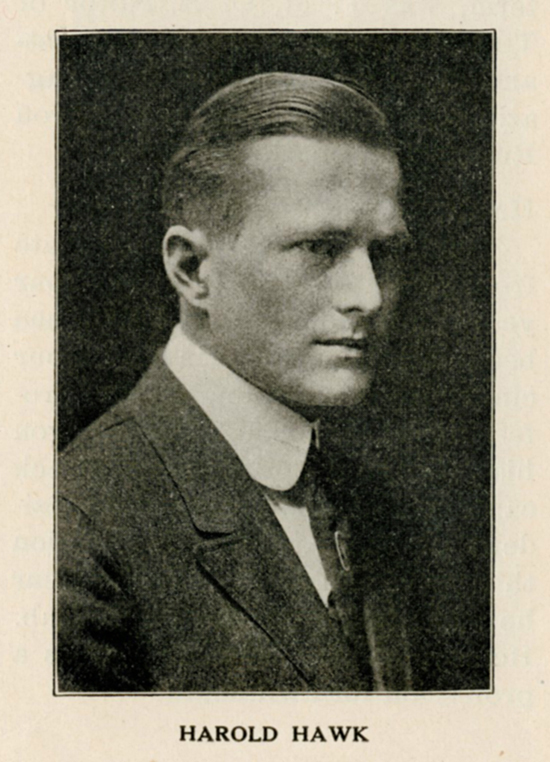 “I remember well the Sunday afternoon The Bachelor was born; at any rate, the afternoon the dream was dreamed aloud and the idea became a prognosis on paper in the form of scribbled notes, complete with name and its first staff. There were many others present, but I remember particularly well Brubaker, in whose room the meeting was held…and Calvin George and Joe Daniels and a fellow called Turnip, whose name I’ve forgotten. Even with six on the bed, there weren’t places enough for us to sit down…Brubaker was in charge.” The Bachelor 04 02 1954 p.3.

Here are pictures of some of those students. 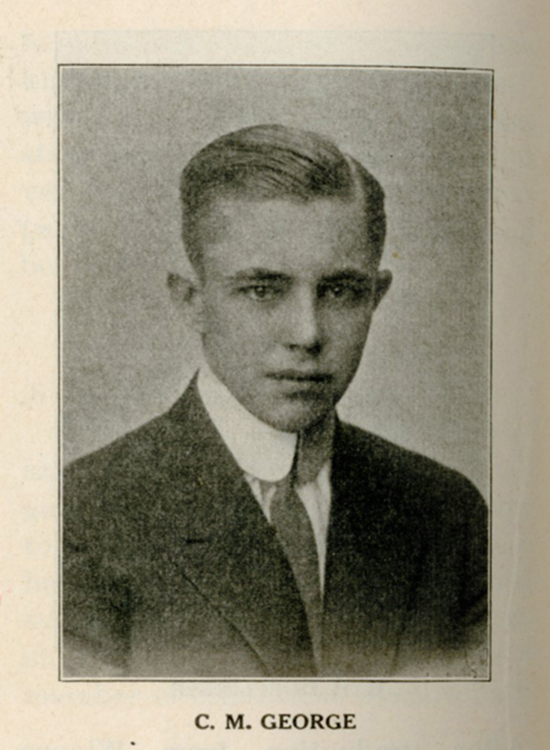 From the editorial page of the first issue of The Bachelor, “With this issue, THE BACHELOR makes its bow to Wabash and her friends. The publication has been undertaken by the Press Club as something of which the college has long felt the want. Other schools of the class in which Wabash belongs have successfully published newspapers and there is no valid reason why the undertaking here should not be successful. The college is too small to support a daily paper but at the same time demands something more than a monthly publication.” The last refers to The Wabash Magazine, a magazine published here beginning in 1857 as a literary showcase, primarily for student writers. The editorial which appeared on page two of the first issue of The Bachelor continues by stating its intentions, “THE BACHELOR will in no sense be of a partisan nature but will endeavor simply to publish the news of the college in an unbiased, unprejudiced manner.”

The new student paper came as an outgrowth of the Wabash Press Club and its members formed the staff. Again, from that first edition, “In March of 1907, the Press Club of Wabash College was organized by the class in English Composition II and its membership was limited to such students as proposed taking up newspaper or literary work…To be eligible for membership a man must be at least a Sophomore and must not be below the average in his class-room work in English.”

In another account from April of 1958 by “Deac” (Henry Harter) Walters, Wabash class of 1909, “There were two men who stand out in my memory as those who were most energetic and should be known as the originators. M. H. Brubaker was the first Editor. Associated with him was Ed Ziegner…Brubaker and Ziegner wrote the paper the first year with the exception of describing sports events, which I took over. When I write ‘wrote the paper’ I mean that they produced 90% of the copy.” Walters continues, “The Bachelor was not started with any idea of a crusade. It was simply to publish the news of the College and matters of interest to the students. I think it has continued to fulfill this purpose.”

Deac Walters was correct in his assessment and 110 years after its founding, The Bachelor continues to publish the news of the College and matters of interest to the current students. In the next post, we will learn more about the man whose vision lives on in the student newspaper he founded.

Happy 110!
Founding editor and a young man of great talent